I just got a call from Parkhead telling me that Alec Bell passed away suddenly this morning.

I had alot of time for the man and to his family, I would like to extend my deepest sympathies.

My condolences to the Bell family and to those that were close to Alec.

terribly shocked ,talking to tommy mcquaid as I type and I cant believe what I am hearing!!I became good friends with alex & his wife,this is terrible news !!MY family & friends would like to send our deepest sympathies!!

alec bell you will be terribly missed by the football community & by your dear friends!!

That is awful news... Alec was a tremendous individual and enough can't be said on how sad this is. He'll truly be missed around the Surrey change room, even the smell of his cigars.

I'll never be able to eat another meat pie with-out thinking of him.

Alec was a great ambassador of the local game on and off the pitch.

The lower mainland Scottish and soccer communities lost one of the good guys today.

My sincerest condolences to the Bell family. 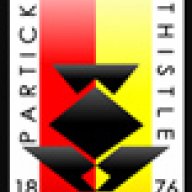 Truly sad news. Alec was a good lad to have in the middle and also to hang around for pints afterwards. A great character and also a great man.

Our thoughts are with the Bell family during this tough time.

Once I saw the thread title, my heart sank.

Had many a good laugh with Alex. A pure gentleman.

All the best to the Bell Family. 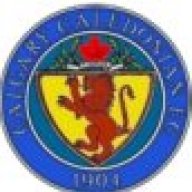 Our deepest condolences to the bell family.Alec u will be extremly missed.Alec was truly a remarkable man and friend.Why does all the great people always leave us too soon.Rest in peace Alec u will be missed

Never good to hear something like this. Not being a Scot I did not always fancy Alec in the middle as he usually drank a pint or three with our opponents after a game and was usually friends with half of the guys we played against when he did ref.

Over the years I did come to respect him and his love for the game and the players (especially the Scottish ones!). Recently when I was complaining to Willi Azzi about a bullshite fine we got for no nets but they were there and improper field marking, Alec was there with Willi when I told Willi that the ref was an idiot. In the background Alec yelled out "another $50". As much I was pissed at the time, I did break out laughing at that one!

Alec will be missed by the entire soccer community and his commitment to the game will be hard to replace.

I hope and expect that the soccer community and the league will do something to honour his work for soccer and keep his name alive as an example to others.

I hope and expect that the soccer community and the league will do something to honour his work for soccer and keep his name alive as an example to others.
Click to expand...

i second that reccos
N

Location
Close to Surrey, but not in Surrey!

I happened to be playing on the field next to where Alex reffed his last game today. I never really knew the man except to see him at the fields but he seemed like a very quality man and referee.

My condolences go out to all his family and friends and I can't imagine what it must have been like for those players on the field today.

Our deepest condolences to Alec's family and friends....he was a great guy on and off the field and will be truly missed by all

From the Sikh Temple Soccer Club 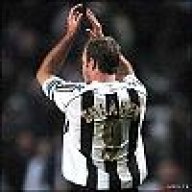 Sad news indeed,Alec was a Quality man who was dedicated to the game we all love.
There are people who talk a good game and there are people who just do it. Alec always just did it.His spare time was always given to others, as without people like Alec we would not be able to play this game.
I totally agree that the Soccer Community should band together to acknowledge the service that he has given our sport.
Condolences to the family.

Surrey FC and Pegasus Fc would like to extend their condolences to the family of Alec Bell.

The lads will hoist a pint after the game on Sunday for you Alec.

Absolutely terrible to see this thread. Alec was a great guy. He was often in our changeroom during the hay days. Rest in peace Alec.

The accent, the "stache", the "one-liners", the cigar, and of course the pint. Alec will be dearly missed. I'd like to send my heartfelt condolences to Alec's friends and family.

Reccos said:
Over the years I did come to respect him and his love for the game and the players (especially the Scottish ones!).
Click to expand...

Alec Bell was a great guy, talking soccer with the guys after the games while having a pint and a cigar. Not only a ref, he was also a fan, he would be out at parks around the lower mainland watching any game going on.
One of the best times was Nations Cup, where Alec would be out supporting all the Scottish teams, I even remember him with his face painted Blue (Braveheart) and the flag wraped around him. Supporting the teams and then having a pint and a laugh in the beer garden.
He will be sadly missed.
Thoughts go out to his family and friends from the Johnson family.

The VMSL should have a moment of silence at all Cup games this weekend for Alec.

That is truely horrible news.
You see the thing about Alec, is that he was a true Character.
To see him walking around the pitch with his shirt off smoking a cigar is classic!
What a bloody shame.