I will threaten him to post...after all in his absence last week Spada got the goose egg...so his position is not as secure as he might think...
T

Spada did look very sharp in the pipes with the alternate red jersey on. What color is Eagles kit?


Tee said:
Spada did look very sharp in the pipes with the alternate red jersey on. What color is Eagles kit?
Click to expand...

Black, that way he can throw on a string of pearls and he is ready for evening wear...

From what I heard happened at the Peg fundraiser Sunday night, Sir M, you're not far off!

After having last weekend off to attend that barmitzfa,( or was it a baptism?) , I was hoping to be back in my normal spot at kick off for the Seymour game this week. A good run, a quick post game pop, ( in a cup, maybe in the karaoke tent), then off to watch the daughter play at Klahanie for the Cap U19 ladies side, and have a few more pops there,( where it is LEGAL and even encouraged!! ). But with every great plan, there is always a problem, and this weeks problem is........our keeper, Jason. Yes, the very same man who not four weeks ago assured me that, no, I did not have to look for another keeper because he was going to be Mr. Reliable this year, no sleep-ins, no-shows, whatever. So Tuesday he, in a very quiet fashion, stated that he can not attend this weeks game because he had a "family thing" come up and he has to go out of town. Right. My guess is that he has finally gotten this girl has has been dating to go away with him, and the only "family thing" thats going to come up this weekend is his johnson!! So here's the problem...that leaves me, ex-keeper, has-been, ( that's not quite right, you have to have been to be a has-been ) whatever, between the pipes this weekend. ( no laughter, please ) Not what I wanted to do, I was hoping those days were over, as anyone who witnessed the Lupo/Malones debacle at the end of last winter will agree. With any luck Seymour will come out shooting BB's, and I won't have to make any real saves. Come out hard and fast will be the manta, both for the team and for Jason.

I say you try it, it worked for Davey last week...but don't go too overboard, when he tried this strategy in week two, he couldn't make it to the game becuse he couldn't find his car...I'm serious...

Brilliant! An actual " Dude, were's my car" ! Just classic. Seeing as how my last outting in net went, no-one would be able to tell the difference! Now where did I leave that vodka?

Coveside 4-1 Norvan , more to follow once I sober up! Whiney fcuks deserved to get stuffed!

Seymour 2 , Lupo 0, A poor showing today. Seymour came out ready to play and we did not. Nuf said. 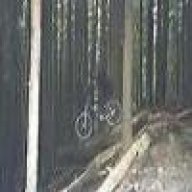 Glad to take a couple of points away from them. It was questioable if Peg. would go the whole season with anything but W's. They move the ball well and we had to play quite a bit of the game in our half. Poor shooting on their part and solid challenges from us kept the score low. There goal came on a scramble and poor clearence from a well organized Malones defensive stand.

We had our chances at the other end and again some poor finishing. Nice goal from a cross, headed in by the little french guy. Pure magic and no hope for their keeper.

Great game from Coveside over Norvan. The stench from the Coveside family BBQ filled the lungs of our backline but also appeared to choke the Peg. forwards as the entered our half. Whatever works
G

Coveside/Norvan was a cracker to play in. Norvan had all the usual suspects out and still knock it around well. They could feel a little aggreived not to have been given a penalty in the first half but 1-1 was about right at half time.

The second half saw Norvan get more possession but if DV doesn't 'do it' in the final third they ran out of ideas on this day. We countered superbly today and were full value for the 3 unanswered goals in the second half. Our teams committment to defending as a unit as well as 3 well taken and timely goals won us the day.

Last Sunday morning, my mood was not getting any brighter and my hair any darker as I learned moments before kickoff that over and above JAGS, Mike Findlay, Besty, Pistilli, Luch, Pipes, and goaltender boom box Henderson not being available for selection, another 7 players, including our other goaltender Eagles, who strained his neck by trying to get it to support his head the day before, would not be gracing Confederation Park for the Peg side this day. With Spada again having to start in goal, we had but two substitutions on this hot turf day . Having said that, the game was considerably tilted in our favour in the first half, and I think if we would have bagged one we would have had four, but our front runners and midfield were severely guilty of trying one or two many showoffy and overambitious tricks in the final third of the field against a rather panicky Malones defence.

Falling back and soaking up pressure...but enough about Pistilli's bathroom problems... Malones successfully held Peg at bay and relied on counterattacking against some of our nomadic central defenders (and goaltenders actually). Malones clearly, if they were going to score this day, would have to do so on a set piece, and at 70 minutes a textbook corner was buried by the absolutely unmarked (Spada's excuse..."I was thinking about the 40 something Crantini lapping birds at the Creekside Karaoke night at the time...sorry Sir M) Gallic Malonian midfielder, and Peg were down by one Malones actually almost got another a couple minutes later when Captain Acilli, having to play in goal in the second half, got caught on a bit of an adventure in his area. Having weathered that storm, the tiring Peg side came back with Spada atoning for his previous transgression by finishing off a sublime Jim Easton cross to tie it. Peg poured it on in the last ten as Malones packed their box but the closest we got was Stevie Hillier, off of a Brolly feed, hammering an eighteen yarder off of the Malones bar, and Jua on the turn firing a low left footer an inch wide against an at sea Malones keeper.

I thought Malones did play well though...a tremendous celebration by them at the final whistle!!

Although maybe not quite as skilled, they out worked us and deserved the point based on that alone. Training tonight followed by liaising with the Cougs at the Karaoke bar, stretching their loins, their chins stained blood red with cheap Cabernet...

Sir M
That bit of prose should earn you a Pulitzer Prize nomination! I got chills just reading it, especially liked the coug part. Perhaps you should use Jua as bait and lure them into the karaoke tent,and what with the side flaps and all, just get Pipes belting out "Endless Love" again , and no-one will hear a thing!!


I thought Malones did play well though...a tremendous celebration by them at the final whistle!!:knvb: QUOTE said:
Just got off of the phone with Eagles, he advises that the celebration by Peg A today after winning the Canadian Amatuer Soccer Championships paled in comparison to the Malones Mardi Gras after last Sunday's tie!!


I thought Malones did play well though...a tremendous celebration by them at the final whistle!! QUOTE said:
We could hardly stand after the final whistle yet alone celebrate besides hiccup we celebrate after every game and practice for that matter
Click to expand...

Again Malones is putting together a better sideline crew than the one on the field Another injury last night at practice puts 3 more out in the last 2 weeks. The other 2 going down in the Peg. game "celebrations"

Tonight we play the sausage boys who along with Peg. would also rather see us take points from them with little fanfare but screw the lot of you we'll be doing a ton of celebrating this yr


biggs said:
Again Malones is putting together a better sideline crew than the one on the field Another injury last night at practice puts 3 more out in the last 2 weeks. The other 2 going down in the Peg. game "celebrations" QUOTE]

Thats what you get for doing a drunken "Macarena" in those fetching new white Malones Singlets you guys just got...no support...

Pipes always makes sure he has lots of "support" whilst Karaoking, you dont need some unwanted body part flying out and injuring an unsuspecting Coug

PS A word to the wise be careful about using up all your excuses before the match...
Click to expand...

PS A word to the wise be careful about using up all your excuses before the match... [/QUOTE]

Those whites were supposed to be are summer kit Maybe cside17 will take pity on us and lend us the hoops next summer. White sleeveless or hoops

Plan 'A' and Plan 'B': CANCELLED. We are on plan 'C' and will quietly sit back in the lower tables and strike with force when fifa changes the rule of play and allows seeing eye dogs on the field so we can hit the net

Lupoman - are you ready for us?
Show hidden low quality content