Who the hell did you play?
R

We played Westside. They were primarily made up of the group that just won the provincials this winter season. Another good squad that used several young guys and no overagers.
G

hey Rev, with your pace, how the heck are you going to get close enough to someone to kick? 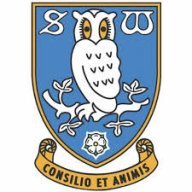 Your mullet friend scored a nice header in the surrey game but it was disallowed cause of some foul that happened elsewhere on the pitch. Perhaps the hair distracted you.

You're bloody telling me. I couldn't keep my eyes of it. The team talk went something like.... blah blah blah did you see the 16 year old with the fcuking mullet? blah blah blah

I'm not sure, but was the foul not because mullet jumped over the back of our defender? I could be wrong. Probably. Usually.
R

Originally posted by golden8
hey Rev, with your pace, how the heck are you going to get close enough to someone to kick? [/B]
Click to expand...

who do you think you are exposing my weeknesses like that Besides, who says i am only frusterated by 3 consecutive losses? I am definately quick enough to kick you and that might solve some of my other frustrations, but then again a sloth is quick enough to get you

We played Westside. They were primarily made up of the group that just won the provincials this winter season. Another good squad that used several young guys and no overagers.
Click to expand...

the future does look bright!

In a scrabble to clear the ball we gave up what I thought was a dodgy free kick at the top of the box
Click to expand...

What words did you guys come up with? Any triple letter scores? That is why you're losing all the time. Try a different approach to the game.

Well, my guaranteed win, didn’t exactly go as planned. We lost AGAIN. So, I’m no Mark Messier. In the first half Fraser Valley really took it to us with Rev. and his midfield partner tearing us up. The half ended with the Action up 1 on a lucky bounce off a back of our defender and then down to their striker who put it in. I believe he was one of their 3 over aged PCSL players. The second half went much better with us switching formations to counter their 3-4-3. We created a few scoring opportunities but really lacked any threat in the finial 3rd. We simply have no Killer instinct around the net. I thought we won the second half in terms of play and opportunities which is good considering we had a man sent off at the 60min mark, but moral victories can only take you so far.

Doesn’t get any easier for us now having to face first place Victoria this Saturday then Westside Monday. I’m seriously considering bringing in some of my allowed 3 over aged players to balance us out and give us some stability. Why Not? Every fcuking one else is doing it! I’ve been against this for a couple of reasons. We have 22 on the practice roster and it’s supposed to be a cnuting development league for the U-21’s. We are 0-1-5 and have been burnt by the over aged guys in every fcuking game, but the Kamloops loss. Last night was no different. Their older guy scored their goal and sets up the second late and caused all sort of trouble in the middle. I have used one older guy sweeping in the last two games with me playing last night and that makes a big difference. I’ll think about it. Maybe a strong quote from Captain is what we need to turn it all around.

I’m not allot of things on the pitch, but now I can safely add sweeper to my growing list.

Ps., you’ll have to wait another week for your SU sweat shirt.
R

Im sorry to spoil your party but the forward who scored the goal and missed another few sitters is Mark "the house" Hienhaus. He just turned 20 years old and only played with us last night because he is leaving for a youth team trial with FC Twente of the Dutch Premier League on Friday and was looking for one more game. He is a strong lad so i can imagine why you would think that he is PCSL player. As a good friend of his i wish him all the best in Holland but selfishly if he doesnt make it he will be a welcomed addition to the Fireman again as he played a crucial role in our Imperial Cup run last year

I was mistaken when I posted earlier that we werent using any overage players... Last night we used our three, one was the goalie, two was the left back #9, and the third was the tall center back #15 i believe. The goalie and #9 have come to us as part of a Christian soccer program and i was under the mistaken belief that they were younger than me. I posted that before i was given all of the correct information.

Rev, no offence, but "the house" will be back faster than I pulled myself off the back line. He's big and strong which in this league gives him a huge advantage but other than that I wasn't really impressed and I'm impressed easy.

BTW, I wouldn't have used the words missed a few sitters I probably would have used SHAT THE BED. Especially on the break-away ball I gave him from center.

The second half went much better with us switching formations to counter their 3-4-3.
Click to expand...

A 3 - 5 - 2 always destroys a 3 - 4 - 3, unless the team is coached by a Dutch Donkey. I will have ONE inspirational quote for you soon. Where is your next game and what time? I might even come and give the quote myself. They're obviously not listening to you.

Saturday 12:00 @ Cloverdale. If you want to you can play. I'm sure if I have to deal with and accumulative age total or not, but if I sit the other two over aged players it should make up for yours. It may be the only way for you to get your sweat shirt.

I would have like to come watch but I should be half-corked by then as we tee-off at 11:30. What about the game after that?

As for playing(I know you were TTP),my hip flexor/groin injury is going to probably keep me out of the Nations Cup now. Fcuking old age.

Our last four league games read like this. The next two are going to be nightmares, but he last two we should be OK in. What I need is a fat out of shape wop who hasn't played in 8 months. Where would I find a person like that I don't know.

I found out last night we have to win 3 and have the guys score 6 more goals just to tie Bravedarts mark from two or three years ago. He went to girls soccer after that I can only imagine where I'll end up if I don't reach that mark. Maybe Khalsa.

Just wondering what teams are in the PCSL Development league?
R

They defended with passion but could not develop many quality scoring oppertunities. We had a few more chances and could only seem to bury a couple. All in all a fair result on the day.
H

All Full on the Khalsa Bus

Originally posted by knvb
... I can only imagine where I'll end up if I don't reach that mark. Maybe Khalsa.

Our bench is FULL, I heard that Club I is looking for some plummers that can help lead the youth to the Dark Side.

Blaze may take you knvb, you should see the size of their Trophy Case

We dropped a close one to Victoria today. 1-0 to the best team in the league isn't all that bad of a result for us. I even had a chance to get all the guys in for a run, including myself.

A tremendous effort on our part considering we didn't have a keeper until kick off and 4 of our regular starters didn't show. (don't know why yet.) (save the smart ass remarks too.)(fcukers.)
Thanks for the quote Captain, but the silent treatment only works if you're my wife.