Who plays who again?

Club I vs Norvan out at Kinsmen on Sunday. Personally, I can't wait to play on that pitch. Even though it is A night at the races the night before, I think we will finally get another win... 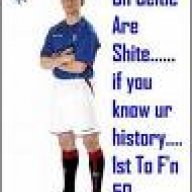 Will there be a pre-game cerimony to retire your Peg Jersey and Hang it from the Rafters? You can let Captain know that Kinsmen is just off 19th and Lonsdale.
H

Night at the Races = Nightmare at Kinsmen

10 years ago this would have been the MOTW, some good battles in the day between Club I and Norvan.

I can hear Davy McBeth now "Come on Norvan, Kill those Irish Cnuts"
Davey was the best.

Maybe Carl Shearer could dress for Club I aswell, just to add to their team height.

Or maybe Reedy will be back...

It won't matter who's back. Dazza will still figure out away to carry 80% of the game and still loose.

But it will be the Referee's fault, Probably John Palmer.
D

Excuse my igonrance, but is Davey McBeth still around ie. alive?

Do you mean in here or on the pitch?

I better say in here, because on the pitch you will probably kick me.

Excuse my igonrance, but is Davey McBeth still around ie. alive?

Not to make a joke on the matter, I don't think so. However he is probably well presserved where ever he is.

I can hear Davy McBeth now "Come on Norvan, Kill those Irish Cnuts"
Click to expand...

I can see why you think Davy is the best with comments like that.....
M

Location
West side of the &quot;Shore&quot;

peg 1- clan 6....She's running on Deisel and nobody looks like she can slow her down....Peg's goal we'll be great though...Ginger megs at center, cross the half, JR nails it hits the ref in the head off clan's defender's hand straight in as peg calls for PK and ref is knocked out( not considered a deflection though)!

Norvan 1- Club I 2....Down,Down,Down,Down in a burning reign of fire, The young bloods realize all the "older" teams are finally getting into shape after a long summer of lounging with their wobbly pops!!

What would the score be without the Dazza Factor?
M

Location
West side of the &quot;Shore&quot;

What would the score be without the Dazza Factor?
Click to expand...

I'll still go with a draw with Dazza in the lineup but based on Dazza's own stat's of the last ten year's from his own trophy room and not being biased with him out of the lineup their is going to be as shitkicking going on with some pumpkins this weekend!!

their is going to be as shitkicking going on
Click to expand...

its true club I will beat norvan ........but its not that the young bloods cant handle the older guys.......its cause norvan's coach is sinking them really fast......he is ruining this team with his shyte tactics..........norvan is losing players.......due to no other than the coach.......
Show hidden low quality content