Countdown to the Hart Trophy

-Is Markus Naslund really a candidate in the voters eyes???

-Will heavily weighing Eastern bias determine he is not???

-Can Bertuzzi possibly mentioned in the same breath???


Gearing up for the playoffs, Guinness
C

Bertuzzi is really nothing more than a 20 goal/50 pt. hairy Wop without Naslund.

And Naslund is nothing but a soft 20 goal Swede without Bertuzzi.

Second half of the season Bertuzzi has been as valuable if not more than Nazzy!!

This thing wont let me vote but mine goes to Bertuzzi.

CDK give your head a shake.

I see your little bottom slap and rah, rah worked wonders on your man Zenga's confidence Regs.You've got him so pumped right now guy thinks he could take on team Naniamo with one hand tied behind his back. Veteran move with provincial just around the corner. Veteran.

I think they complement each other nicely. Bert and Nazzy that is. I suppose Regs and Zenga as well. I have a feeling though it'll be Forsberg if the Canucks don't go deep.

Unfortunately I believe Forsberg will win it. How can two of the top three choices come from one team. Therefore Bert and Naslund you think would in a way cancel each other out. If only one been a little more dominate than the other. The way I see it finishing is..

KNVB Ive been riding the pine so I need all the help I can get to get the confidence up right now.

Out of the suggest lot, I'd have to give the edge to Marty B. With 9 shutouts, .910+ save average and a scratch above 2 goals a game, he's been the foundation of a +50 team who has scored barely 200 goals. They be 3-4 (minimum) spots lower in the tables without him. That's a true MVP.

The rest of the bunch can be (has been) compensated for in cases of injuy or other absence (well, maybe not Mario).

Why wont this thing let me vote???

Im with Keeper nobody talks about Brodeur he has had a magic season.

With as CDK says "the big hairy wop" taking it.

Zenga, here's a hint: tell Perry that Francis needs him at home this weekend, and you're in...pussy whipped Baywatch boy he is.

As for the second greatest league in the world (the VMSL is the greatest, of course) , I hope Naslund wins it on the strength of both his goals, and his leadership with this young team. Forsberg may be more complete, but he hasn't had to be the dressing room leader, as well as the on-ice leader that Naslund has to be. Naslund has made Bert the player he is.

I really see this as a two chicken race: Naslund vs. Forsberg. Naslund is more valuable to the Canucks than Forsberg is to the Avalanche.
H

the last time a left winger won the hart was the golden jet bobby hull back in the 60's, for the last 10 years it has always been centers or right wingers.
there was a good article about it in the province recently.

i think nazzy is the best of the bunch and should get it, bert is great but he is too inconsistant and grumpy.

marty for the devils doesn'y have to face that many quality chances so his numbers are great, not like theodore last year, but look at the guy now, a keeper needs aolid team in frony of him to be good year after year, thats why hos left peg .

as for forsberg, look at the established talent he gets to play with, nazzy is playing with morrison at center who is still learning the position.

plus, you can't give a hart to a hairy wop, did phil espo ever win it?

who is heading down for play-off tickets on sat., should be crazy.

who is heading down for play-off tickets on sat., should be crazy.

I would looooooooove to...how much are they going for, do you know? Scalpers are gonna be drooling down at the Garage, waiting for some unexpecting soul to drop a load of cash!

I hear doing it through internet is waaaaaaaaay faster than phoning...obviously! 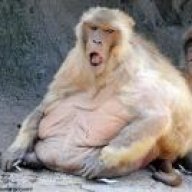 I voted for Forsberg because Naslund and Bertuzzi kind of cancel each other out, but what about Marty Turco?

I'm not sure what their record was without him, but I know they struggled mightily with any playoff-bound team after Turco went down earlier this year. He has been the best goalie in the league this season - Brodeur included - and warrants some consideration.

In addition to this, I'd take Alex Tanguay in a straight-up swap for Morrison any day. Straight up...

Why am I repeating myself?

There have been a couple of good arguements made for Forsberg and Brodeur, BUT IMHO the Hart should go to nonE other than Mr. Naslund...

The young Canucks have blossomed under the guidance of Crow, but they have exceeded all expectation thus far by the leadership of Markus!!! The attitude and determination this guy brings to the rink day after day is second to God (Gretzky)... He continues to publically acknowledge his teammates for his success while challenging them (and himself) to strive for the best...

The day Keenan left town, Nazzy was taken off the trading block and inserted back into the line up where he has improved his skills while developing into one of the great leaders in the game... The respect and admiration he recieves from his teammates combined with the selection (by NHL players on every team in the league) deeming him the "Players Most Valuable Player" says something...

After all, isn't it his peers who compete on a daily basis with him??? They should know a thing or two about Valuable players!!! The hockey writers know how too accept a few free meals when they travel from city to city... Although most don't quite get this far west and they're in bed before the second period starts on the tube... Can you spell Eastern Bias???

Simply put, the Vancouver Canucks would barely make the playoffs without the leadership and scoring presense of Markus Naslund... Just ask Bert how good he'd be without his line mate!!! IMHO Todd Bertuzzi is the perfect winger to match up on the opposite side to Nazzy... Size, grit and raw ability with the ability to turn it up a notch when the stakes are high... The League really hasn't seen a deadly duo like it since Jagr/Lemueix or Gretzky/Kurri... And back then defence was just the opposite seven letter word to offence and wide open western style hockey was all we knew... No traps or completely defensively oriented scheme's/formation's to get in their way... Having said that, Bertuzzi does create some space for Naslund, BUT Hejduk/Sakic/Tanguay do a good job for Forsberg!!!

Martin Broduer is simply brilliant at times... Definately the best GK in the league, BUT he does play in a strong defensively minded organization... Yes his consistancy is excellent, BUT that makes him the best Goalie on the planet... Not the NHL's MVP for 2002/03...

Cram your Eastern bias conspiracy theory up your arse. Who exactly has this type of bias? The CBC? Guess what sunshine, they don't pick who wins the bloody Hart Trophy. If you didn't allow Elliot Pap (smear) and Ed Willes to fuel all your thoughts and ideas about the Canucks, you'd probably realize this. The only people who get to vote on this are writers belonging to the Professional Hockey Writer's Association, in each of the 30 NHL cities. This means that the 14 other western conference teams (and their beat writers) have seen Naslund on a regular basis throughout the year, probably more so than any eastern conference team or player. Writers covering Dallas, Ahaheim, LA, San Jose, Phoenix, Colorado, Edmonton and Calgary aren't exactly falling asleep while the Canucks are playing.

Take a look at the Hockey News' pick for the Hart Trophy. This is a Toronto-based publication (that's a city in Eastern Canada, by the way) who manages to see past this supposed 'bias' and picks Naslund for the MVP anyways. Besides, what exactly is an 'eastern bias' mean when all the legit candidates are from the West - Naslund, Bertuzzi, Forsberg and possibly Hedjuk? Joe Thorton has nice numbers but he isn't even close to winning it. He has less points than Naslund and his team is mired in 7th place in the weaker of the two conferences. There's only going to be three nominees anyways and I guarantee only one Eastern Conference player will be named.

As for the "Player's Most Valuable Player" award, as you so eloquently put it - it is called the Lester B. Pearson award. It goes to the NHL's most outstanding player as voted by the players themselves at the end of the year. Naslund has never won this award. The faux-award you are speaking of was an independent survey which polled 30 players, each one representing their respective NHL team. That's a nice accolade for Naslund but it doesn't really mean much. Not like he needs this kind of accolade, mind you.

Bottom line is that Naslund deserves to win the Hart, and he's going to. Case closed. Pud.
S

Special teams don't count towards =/-, and Naslund gets a ton on the PP.

Sensei...it's almost Miller time bro. One more piss take on Guinness should about do it, then you can take the weekend off!

War the Player's Most Valuable Player,

Special teams don't count towards =/-, and Naslund gets a ton on the PP
Click to expand...