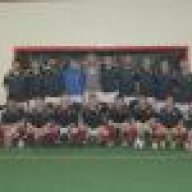 Does anyone have the schedule and the teams for this summer season?

Doing some sneak scouting at Reeves Park earlier I ran into Ollie and Norbert who tell me that the 6 pm games will start at 6:30 pm. If any doubts better check with someone. I was not at the meeting where this was discussed.
H

Some early predictions are in order:

1. Golden child with flowing locks Lucky Loosey with the Knights

2. The flying mexican with noodle legs, #10 from Sapperton

3. One footed black hole from SC

4. The ever-optimistic, Hurron who tries to compete

5. The fat kid upfront for Bohemians

I am not really sure what you predicted in this post of yours but if I find out who you are #10 of Sapperton will be kicking YOU in the leg. BTW, I think he's Puerto Rican not Mexican.

Will we be seeing you tonight?
S

It sure sucks for the vancouver guys to try and get out to Maple Ridge for 6:30 kik offs.
B


eye have the schedule if u be needin it, cheers matey!

Don't worry an outstandingly rotund ref took your place and did a better bastard of a job.

daddy bohemians are back

this years schedule is kinda like a fcuking ?? a hockey schedule playing 2 teams 3 times while the other side of the division is playing each other 3 times!!!!!!!!!1

good luck gentlemen,especially you FREECCOOSS cause you will fcuking need it

ps: Is there any players that are available friday night games

Last nights game was more of a freaking kickaround for sap and score was no indication of the game. Sap gave up an early pk kick but out of retirement and 1st game back C. T came up big. Guessing the wrong way but coming back to hang on to the save.

After that wake up call it was smooth sailing the rest of the way.
K.T picked up the first goal which was a good hammered shot with some spin....A little lucky, but good shot no doubt.

(too bad he missed all the other chances fed to him)

The centre midfield despite pregame critisicsm (ALWAYS A CONFIDENCE BOOSTER) was very creative feeding chances all over.

A second goal came later that half on a good finish by young sap striker.

A little scare came midway through the second half when a bad midfield giveaway gave a break to the tricity strikers who had yet to have a decent shot (other than pk) who was able to beat the slowwwwww sap keeper. (still a few more games before he`ll be back in top form...

(WAB: I think you will be shocked when you see what he can do )

All and all a good first game with the quality of opponents sure to improve in the next few games.

Sid, Completely agree with you about the shitty scheduling..
why not play a format like vmsl reg season one game against other side teams and two in your own division.
Wonder what genius decided on this Crap schedule.

Justified Criticism for the MF

The Sapperton mf played as good as they have for a very long time so the criticism (pre-game) was not only justified but worked.

If you were listening to the pre-game talk, you'd also have heard a shot at the back line and how we didn't want any complex Premier coverages that let bad goals in (WAB didn't like that).

You are right about the score not indicative of the play but Sap were lulled to sleep until TriCity scored to make it 2 - 1.

First Game of the season

Ivor Evans went home frustrated and Ian Sneddon, it appears, may have broken his wrist in some sort of collision I didn't see.
Not sure why the paramedics were called but Ian seemed from across the field to be in a lot of discomfort and pain. Any one knows how he, is post an update.

I don't know if he left in the ambulance, as it sat at the field for what seemed a long time after he walked in that direction with the paramedics.

Sorry to see that happen as Ian always makes a game of it and isn't a quitter like others. Last summer this was the 96ers and I recall two guys calling it quits in frustration before the half.

This was not a rough game at all but we lost two players on the turf. One fell and may have some ACL damage and no one was near him.

I can confirm with 100% assurance that Iain DID break his wrist.

Soccer city sneaked past the Knights 3-1. City's keep make numerous stellar, game saving stops to keep them in it.