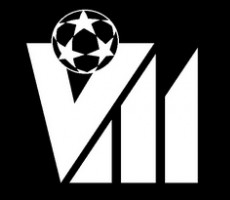 Let’s start with the biggest “merger” of the off-season, the oft-discussed Firefighters/Sportstown amalgamation. The impression the VMSL gave over the past few years was that buying a spot in a higher division, especially premier, would not be tolerated. The latest loophole (can you consider it a loophole when it’s extremely easy to get around the rules in the first place?) is this whole merger thing, which we saw work to perfection with the team formerly known as Argentina being taken over by a group who couldn’t organize a cohesive bowel movement, midway through last year. The little credibility the league has on issues like this basically gets thrown out the window when a team is allowed to skip the promotion process and slide into a nice, half-warm premier spot that someone else earned. Now, comparing Firetown to Africatina might be a bit strong, but the genesis of the argument isn’t – why bother playing for promotion when you can wait for a team to run into on-field or off-field issues and pull the ol’ “save the sinking ship” routine?…As far as talent goes, there’s no denying that having two roster’s worth of players competing for one roster’s worth of spots means an increase in quality and competition, but it also makes for dangerous territory when cutting players who have contributed to the individual causes of each team over the past few years. Something to keep in mind – several current Whitecaps (Jason Jordan, Mike Franks, Jeff Skinner, Niall Thompson and Jeff Clarke) all suited up for Firefighters/Sportstown in the past. If they all come together at the same time….watch out.

One of the better stories coming into this season is the return of Indo to premier. They had a couple of impressive post-season runs a few years back, and were really unfortunate to be sent down two seasons ago in what was one of the tighter relegation races in recent memory. Indo really did things the right way, however, sorting out their business prior to the commencement of the first division season, and making a clear goal of getting back into the premiership. They were fortunate not to have a large turnover of players when they dropped a division – this is exactly the type of commitment needed to build a cohesive unit. Retaining the core of their original premier team means they should have little problem adjusting to the increased level of competition. Unlike most other freshly-promoted teams, Indo will not be content merely to focus on staying up – methinks they’ll be looking to finish top-four on the side. And why, you ask? ‘Coz they had the mother of all off-season signings, inking arguably the most valuable player in the VMSL, Oliver Heald. It’s one of those good-getting-better moves where other teams have to consider Indo an immediate threat. Given the fact Heald has won two of the past four VMSL MVP’s, it’s fair to say that his signing greatly improves Indo’s chances of success.

Sapperton have added some depth in net, signing former Sporting goalkeeper Brian Brum to presumably challenge for their starting spot. As always, a lot of the Rovers’ success will depend on the availability of Kevin Hearne, who may or may not be located in the lower mainland this fall. Sapperton are one of the teams who have truly benefited from their CAT team alliance, as a plethora of younger players have jumped up to fill voids due to suspension or injury over the past few years.

Inter FC, they of the CFL-sized roster, are facing a changing of the guard between the pipes this season. Gone is longtime keeper Trevor Jones, and in steps a trio of young (none over the age of 25) goalies looking to snag the #1 spot. Dennis Kindel, Cris D’Angelo and Dom Cibelli are the three incumbents, with Kindel being the early favorite to get the starter’s job, when all is said and done. This is really the only question Inter has coming into this season – coach Joe Marello has really built a solid team, meshing his imports from last season (notably, Andrew Corazza, who we’ll get to later) with a core group of Inter stalwarts. The result was being a single goal away from the Provincial Championship, which should provide the hunger and drive needed to put up another solid campaign.

The VMSL league execs have gone to a new format in terms of scheduling, attempting to stagger week-end games evenly through Friday nights, Saturday and Sunday afternoons. It’s a forward-thinking move for a variety of reasons, the first of which is to make the games more supporter-accessible. The previous idea of stockpiling games on Sundays made it increasingly harder to check out more than two teams per week-end. The other aspect of this move it to spread out the “quality” game officials the league has at their disposal. You will see more of the well-respected/regarded referees and assistants working multi-game week-ends, which is a good way for the league to promote officials who are the most efficient and have good rapport with players. In turn, I believe the idea is to spur on officials who would like to be regular premier referees to enhance their skills, something that was sorely lacking throughout the last few years…

The word out of Camp Columbus FC is that the team is making a dedicated run at not only securing another year in the premiership, but also looking to do much more than simply survive. One big move was nabbing ex-Pegasus keeper Luca Dalla Pace to take over the starting spot – he’s a solid keeper and looked good playing for Italy in the Nations Cup this past summer. What might surprise most about Columbus is the rumored influx of young talent – a duo who suited up for the Canadian U-17 team in World Cup qualifying in Victoria. Tyler Roselund, and Cam Wilson were both spotted playing for Columbus in the preseason, although ties to the newly-merged Firetown franchise do still exist. Columbus will almost certainly benefit from getting SFU stalwart Vince Peragine back into the lineup when the Clan’s season is complete – Peragine was the lone Clansman to make an All-American team last year.

What will be unique about this year is that both of the newly-promoted teams will be viewed as anything but weak sisters in their respective groups. Clan Alumni have a great mix of proven VMSL players, and a wealth of players to choose from once the SFU season comes to a close…the fact that the SFU coaching staff of Elligot, Clarke and Richards can use the Clan Alumni team as an unofficial feeder/CAT-type team means they’ll be able to utilize players who may be a step or two away from playing on the hill, but would be capable bench/depth players in the VMSL premiership or Div.1 CAT. For example, a red-shirt freshman could gain a lot of experience, fitness and playing time suiting up for Clan Alumni, teamed with his involvement with the SFU Clan team as well. It’s an appealing process and definitely a drawing card for potential players…

Khalsa’s impressive PCSL season may have been enough to sway a couple of allegiances their way for the winter campaign. If there was a major flaw for Khalsa in their inaugural premier season, it was an overall lack of depth that hurt them late in the year and into Cup play. Showing up for the opening round of Imperial Cup play with ten men was a testament to that claim. Names that have been bandied about include strapping forward Justin Thompson, formerly of West Van Trollers and Fairfield University; and without divulging names due to the complete randomness of the source, more than a few Croatia players may be looking for new digs after 1) their team was demoted to the first division and 2) the success garnered during the PCSL campaign…

You may see a changing of the guard at Metro-Ford this season. Summer rumors of a large majority of the veterans going to the Fraser Valley have gone for naught, but if the Troller Labour-Day tourney was any indication, there’s a significant youth movement going on for the Wolves. This is a team which - although they have had a year to adjust to playing without him - probably still misses the contributions of Andrew Corazza, who is arguably one of the finest players to graduate from the Metro-Ford youth academy. His assault on the SFU scoring record last season only highlighted how valuable he can be, and basically solidified him as one of the top young players in the league. This is still a talented side – Andrew Veer is as well-rounded a player you’ll find in the Premiership – but the need for a game-breaker type player is evident, especially after last year’s non-descript season where they were bounced early from the Imperial Cup and failed to qualify for provincials.

Other notes: Burnaby have signed former RUFC man John Peterson, as well as ex-Inter midfielder Gino Gaita…Pegasus have added some depth to an already impressive squad, courtesy of the Surrey FC youth system. Also back in the fray is sniper extraordinaire Rob Reed, who returns after a one-year soccer sabbatical…Columbus and Sporting Club will be sharing Hastings Bowl South as their new home pitch, which means Hillcrest may actually survive past November this year…defending Provincial champs Surrey United will head into the National Finals seeded 10th, thanks in large part to Victoria Gorge tanking their last appearance at the Challenge Cup – but in a strange twist of fate, they’re slated to be in a group with two Maritime provinces, Newfoundland and New Brunswick. They should be in top form to start the year, as their first few league games will be crucial warm-ups to be game-fit for what lies ahead in Quebec City.
Reactions: Regs