Vancouver TSS Rovers extended their winless streak to five matches at Swangard Stadium on a frustrating Friday night that saw them have to settle for just a point after throwing away an early lead in a match they dominated for the majority of proceedings, but were once again let down with a lack of finish and delivery in the final third..

Eight minutes in and it was all looking good. Connor MacMillan had got on the end of a wonderful long ball from Jordan Haynes and showed great control in the box to fire home the opener their early play had deserved.

Lane were struggling to get much attack going, reduced to long range attempts, as TSS looked dangerous up the right wing, led by some great play from right back Gurman Sangha and winger David Malamura. But the second goal didn’t come and you felt that they would come to rue that as Lane got a chance to regroup at half time.

Rovers head coach Will Cromack was fully aware of that danger, noting that he spoke to his team about it at the break, but his words seemed to fall on deaf ears as Lane came out all guns blazing to start the second half, levelling things up just three minutes after the restart through Søren Jensen, as the Dane chipped the ball forward and was the recipient of a fortunate bounce in the box to tuck it away from close range. 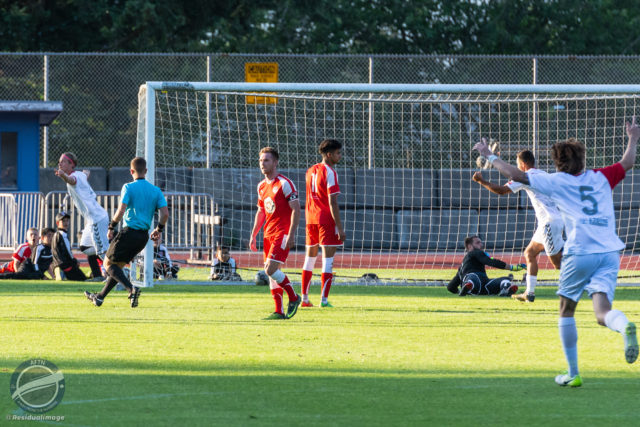 Lane looked the more likely to score for the next little spell before TSS got back into their groove and took the game to the visitors in the final 15 minutes, creating several chances, but unable to take any of them.

After taking just one point from their previous four matches, this was a game TSS simply had to win to keep their playoff hopes alive, but not for the first time this season they were caught cold, switching off at the wrong time and allowing their opponents to score.

“It’s seems to be a little bit of a habit, and it’s a problem,” a frustrated Cromack told AFTN after the match. “It’s something, if I’m really being honest, why we put this entire thing together.

“These are the things like being switched on when a ballboy hands the ball, switched on when a free kick happens, it’s a pro level sort of learning. That’s why we have to put an environment like this together. To be able to actually have those moments and experience them.”

Unfortunately for the Rovers, they’re experiencing it too often this season, undoing all the good work that’s then gone in both before and after the lapse.

“The problem is when you start flat,” Cromack added. “We had a couple of games where we got good results at the very beginning but our first five minutes of the games were poor. They were really poor against Portland and against Lane, and yet we won. So you sometimes weather it, you sometimes don’t.
“We talk about it. We talk about it a lot. But until you taste it and the pain that goes along with switching off, and we went a little flat, we had moments of that, but then we took it back on. We’ve got to be proud of the guys for taking it back on but just not getting the finish.” 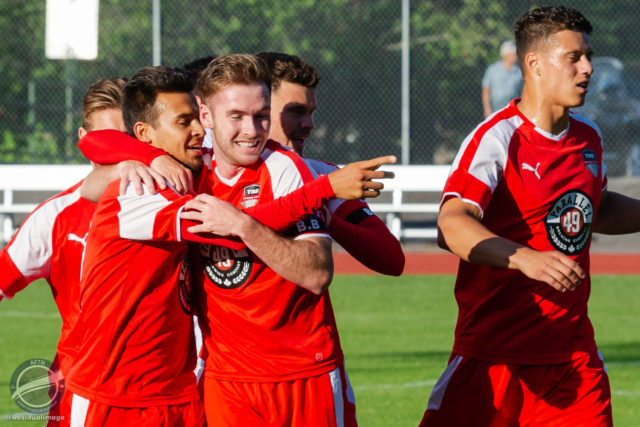 This was a game that TSS could, and should, have won. They were the better side for large patches of the match, but that counts for little if you’re not putting the ball in the back of the net. They had their chances, especially in the latter stages of the game, launching attack after attack on the Lane goal, but too often throughout the 90 minutes, the Rovers squandered good opportunities from either poor delivery in the final third or not having players over at the back post to pick up crosses that came through.

Another similar tale, with the Lane game close to mirroring the disappointing 1-0 loss to Victoria Highlanders a week earlier. Frustrating, but if Cromack takes a glass half full approach, chances are at least being created, if not taken.

“We spent a week of training just trying to score goals,” Cromack mused. “Just feel it. Feel the goals. But if we’re being really honest with ourselves, we probably didn’t deserve one of the games for sure in Calgary. But here, we can’t see why we didn’t get the three points again.

“Highlanders, didn’t score. Here, didn’t score more. And that’s the different between winning the division and not. At the end of the day we’ll all look back and go that’s nine points we gave away… We’ve got to take our chances, and we’re getting them. That’s the thing.

“Another goal, bounce, this, that and the other, and you’re like come on, the soccer gods are against us a little bit there. I thought we did well for 75 minutes, then there was 15 minutes we were flat in the second half and we got caught.”

There were definitely positives to take from the match, particularly from both full back positions, with Sangha and Haynes the two best players on the pitch, certainly pleasing Cromack, but leaving him wanting to see more.

“When I look back at the game, and I look back at the Jordan Haynes and the likes of Gurman Sangha coming along, I look at them and I say, you want to be a pro, that’s what you have to do every time,” Cromack said. “We need to get a few more guys doing that.” 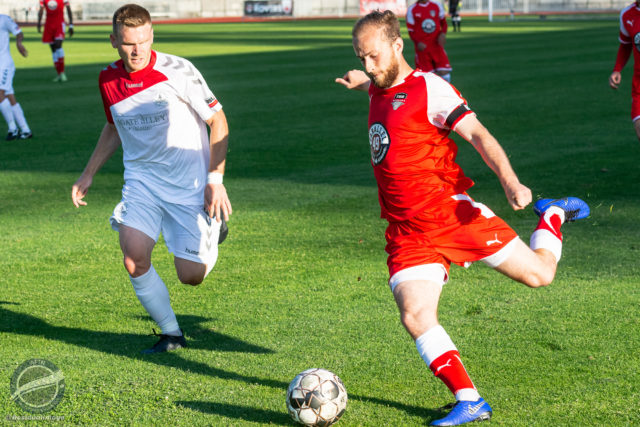 It was another game that got away, and while TSS took a point from the match against the second placed team in the division who have only lost once all season, and that was to the Rovers, the general mood around Swangard was certainly one that felt like a loss.

“It’s hard,” Cromack felt. “The guys are going to go in feeling poorly about themselves because of results, but if I look at the 10,000 foot view, it was another performance where we’re playing some entertaining soccer. The problem is we’ve got to get results for that entertaining soccer to matter.”

The match marked the midway point of the season for the Rovers. The point sees TSS sitting second bottom of the Northwest Division with eight points from their seven matches played so far.

With seven matches remaining, sitting six points back of table-topping Calgary Foothills and with five of their remaining games on the road, a first postseason berth already feels like a tall order for TSS. With the likes of Victoria Highlanders two points ahead, but with two games in hand, we may already be in a having to win out scenario for the Rovers to make the playoffs.

“One hundred percent,” Cromack agreed. “It’s mathematics. Everybody has to beat each other up, but we dropped another two points. When it comes to scoreboard watching, scoreboard realities, that’s there.”

Next up for TSS is another home game on Sunday when Seattle Sounders U23 come to town for the first meeting between the teams this season. The Sounders sit a point ahead of the Rovers, having played one game more. Defeat in this one, or any dropped points for that matter, is simply not an option.

Can the Rovers kickstart their season in the second half of their campaign? Be there at Swangard to find out. Kick off is 2pm, and it’s a double header with TSS’ women’s team at 5pm.

AFTN photographer Tom Ewasiuk (@ResidualImage) was at Friday’s Lane match to capture the “action” before, during and after the game. You can see all of Tom’s photos from the game HERE and in our full Flickr slideshow below: 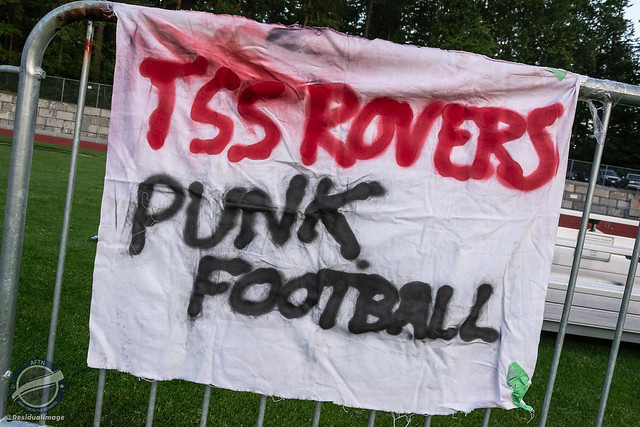