Another one for those Gov't Workers.....

Four people were bragging about how smart their cats are. The first was an Engineer, the second an Accountant, the third was a chemist, the fourth was a Government Worker.

To show off, The Engineer called to his cat, "T-square, do your stuff."
T-Square pranced over to a desk, took out some paper and a pen and drew a circle, a square, and a triangle.

Everyone agreed that was a pretty smart cat, but the Accountant said his cat could do better. He called his cat and said, "Spreadsheet, do your stuff."

Spreadsheet went out into the kitchen and returned with a dozen cookies. He divided them into 4 equal piles of 3 cookies each.

Everyone agreed that was really good, but the Chemist said his cat could do better. He called his cat and said, "Measure, do your stuff."

Measure got up picked up a 500ml graduated cylinder, walked over to the fridge, took out a liter of milk, got a 300 ml glass from the cupboard, measured and poured exactly 275 ml of milk into the glass without spilling a drop.

Everyone agreed that was good too. Then the three men turned to the Government Worker and said, "What can your cat do?"
The Government worker called to his cat and said, "Coffee Break, do your stuff."

Coffee Break jumped to his feet, ate the cookies, drank the milk, pooped on the paper, screwed the other three cats, claimed he injured his back while doing so, filed a grievance report for unsafe working conditions, put in for Workers comp, and went home on sick leave.

do maintenance for the local school district....a fcuking hang nail would put some of these twats in a coma....just don't understand some people.

For Those of US who sometimes think that we really hate our jobs
READ BELOW!!!!! this is funny shite

1. When you have an "I Hate My Job" day, try this. On your way home
from work, stop at your Pharmacy and purchase a rectal thermometer made
by Johnson and Johnson.

2. Be very sure you get this brand. When you get home, lock your
doors, draw the curtains and disconnect the phone so you will not be
disturbed. Change into very comfortable clothing and sit in your favorite chair,
open the package and remove the thermometer. Now, carefully place it
on a table or a surface so that it will not become chipped or broken.

3. Now the fun part begins - take out the literature and read it
carefully. You will notice that in small print there is a statement,
"Every rectal thermometer made by Johnson and Johnson is personally
tested."
Now, close your eyes and repeat out loud 5 times, "I am so
glad I do not work for quality control at Johnson and Johnson."

4. HAVE A NICE DAY AND REMEMBER, THERE IS ALWAYS SOMEONE ELSE WITH A
JOB THAT IS WORSE THAN YOURS

My job is not that Bad. 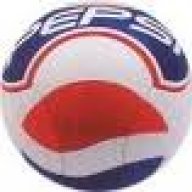 A cruise ship is taking on water and is about to go down, passengers start to jump
into lifeboats, when a catholic priest yells from the top deck "what about the women
and children?" A man yells" fcuk the children!" The priest replies "do you think we
have time?"
Show hidden low quality content
You must log in or register to reply here.
Share:
Facebook Twitter Reddit Pinterest WhatsApp Email Link