Who the hell is Premier Soccer Academy??
Smells like Mills??

Does that mean the premier team is replaced by SAFC except RW is the head coach?

This does not make sense to me considering the whole reason SU left the VMSL was to foster the cradle-to-grave concept and nurture their graduating youth players.

I saw that too. Just wondering where he will land is all.....

Word out of the whack is Chilliwack has folded due to priority farm commitments before a balls even been kicked (it is corn husking season after all).

Which leads to the all mighty question, who will receive, or provide the expansion fee, for the coveted 10th and presumably final, premier spot in the valley. This has been Yo Adrian reporting live from the Merry Go Round, stay tuned for more. 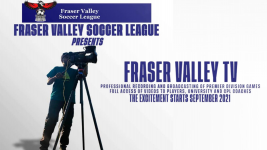 @knvb - Can we get Reedie and Thomo doing color, and a cooler full of Kokanees?

Am I doing it right? 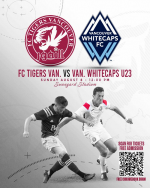 Do I need to show my Double Vax Card?

Elsewhere bit of a bombshell today...


So Port Moody and Coastal to VMSL Div. 1.

Port Moody is not the PoMo Gunners team that folded a few years back, it's the current PCSL team. Allegedly they were one of the driving forces behind the VMSL pushing their expansion plan and always expected to join that league vs. FVSL.

Coastal is rather stunning TBH. There were rumours of this move a few months ago but my sources told me it all died down after Tigers and Whitecaps joined FVSL.

We shall see if this jump to VMSL goes better than their last one, where in they (as North Delta) failed to get promoted, but did go up when Surrey Utd. returned to FVSL. Of course they then finished dead last in VMSL Prem and returned to FVSL as Coastal.

On the other side of the coin, I guess it is a two team race between Tigers and Whitecaps for the FVSL title? Maybe Abby can knick enough points to stay in the hunt until the New Year? Not sure if Coastal maybe keep a spot in both leagues? Surely their "top" team is coming to VMSL though, or they'll never get promoted.

All so freaking confusing.

What does the FVSL premier div look like right now?

Yeah...and I have to say, I'm saddened by what I'm seeing.

Imagine a 20 team pub league from Abbotsford to West Vancouver. Solves all problems as well as ridding of the hamburgler

LaFlamaBlanca said:
Imagine a 20 team pub league from Abbotsford to West Vancouver. Solves all problems as well as ridding of the hamburgler
Click to expand...

Yeah. Been tried before. Back then, certain key figures in the VMSL torpedoed the deal. I felt then that they were being selfish, maybe now I look at it as they were wary of the partnership they'd be in bed with. If you follow his path through clubs in the Valley, negativity and implosion have followed. Right now, best case scenario is the FVSL is looking like a U23 development league, at best. Supported by shady people with shady money. Amazing (or maybe not so amazing) to me the Whitecaps are on board, but in fairness, 2 weeks ago, things looked a lot brighter.

Dude said:
All so freaking confusing.