I’m pretty sure Celtic shite the bed more than Gerard being a brilliant manger but enjoy it’s been awhile.

With guys like you this world is so negative...why not just say Rangers and Gerard had a good season....mr..half glass empty guy

Older fart said:
With guys like you this world is so negative...why not just say Rangers and Gerard had a good season....mr..half glass empty guy
Click to expand...

Im still mad about my grade 4 sports day when Billy McGillacutty beat me in the potato sack hop. I swear he had a modified burlap bag...I swear...Billy didn't earn the win

I'm happy this thread has gone way off topic. The alternative I would rather not discuss. 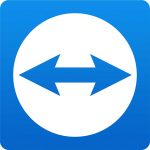 There are no women in the EPL, but let's talk about them here.

They are beautiful creatures.

Also Jose mismanaged the players badly, took no responsibility for his bonehead team selections and tactical errors multiple times this season and threw the players squarely under the bus.

And after all the drama, I bet Bale is having a whiskey tonight with a grin at thoughts of Jose and how he blew his chance. But, he was never the manager for the Spurs.

I love watching him when he is in form - he has scored so many powerful strikes. Like a racehorse, cruising to a win.
Last edited: May 2, 2021

I've watched this a few hundred times. Brilliant header, but he waltzed in there like he was invisible. And the guy is huge. Perhaps West Brom figured he was "just a keeper" and wasn't capable of what we saw. The delivery of the corner was pristine. Goalies!
Show hidden low quality content
You must log in or register to reply here.
Share:
Facebook Twitter Reddit WhatsApp Email Share Link