For the FVSL to win Provincials.....?

yeah, it's funnier when you don't explain it, but thanks.
F

You never know when something like this is going to hit society but it just happened so it is what it is. Hopefully there will be a decline in number of new Covid-19 cases and all this will be soon behind us.

Assuming the worst and everything is shut down from now until late May the easiest way will be to determine the League standings by using a tie-breaker (Rule 5.3) but that is only in the case two (or more) teams are tied with the points (and played the same number of games).

The issue will be how to determine the League standings in situations in which teams did not play equal number of games and where the teams with games in hand would have a chance to catch a team currently positioned above them and that is exactly situation that exists in Premier League.

In this case the League would most likely have to divide points by the number of games played and that way determine the League standings.

By applying that simple math Rinos Tigers would be crowned the Premier League Champions because they would have 2.227273 quotient while Croatia would have 2.20 quotient.

Again, this could be a solution if the competitions simply would not resume at all.
Reactions: dezza

...and just like that, BC Soccer shuts everyone/thing down.

Canada Soccer actually by the looks of it...

knvb said:
yeah, it's funnier when you don't explain it, but thanks.
Click to expand...

I vote to send the Hamburglars team to Nationals
S

me thinks you would have to send the reigning champs as they have not had their title won by another team! CCB 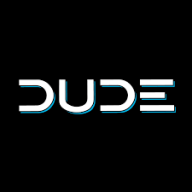 SoccerDaD14 said:
me thinks you would have to send the reigning champs as they have not had their title won by another team! CCB
Click to expand...