crnogorskifudbaler said:
big match up between 1& 3 place teams......anyone have any word on how it all went down ?
Click to expand...

Strikers 3 - 1 Falconetti's. 3 - 0 at half time after a very solid Striker peformance. Falconetti's pushed back hard in the second half, and certainly made sure it was an exciting 45.
Reactions: Farquea
M

No FCBytcka but Slovak boys play nice soccer. Athletic with huge efort was no match for Slovaks. Skill is somthing you learn. Almost all on tht team have it. Nice to see. It would be nice to see them in Div two but the batle is long and hard in their group. All the teams are improving. Athletic is in need of two holding mids rest looks OK. 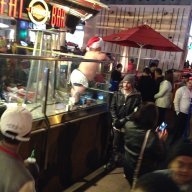 Looks like a log jam starting to happen at the upper half of the standings.... Interesting....
M

It will get even more tight after two more games. Some clubs start now to pick it up as some players realy do not work on their fitness.
P

Are any div 3 teams in the need of players? I'm a dedicated player looking for a new team. Can play most positions with most of my experience from the midfield. PM me.

player4team said:
Are any div 3 teams in the need of players? I'm a dedicated player looking for a new team. Can play most positions with most of my experience from the midfield. PM me.
Click to expand...

Makes me ask.... Are u so dedicated that you left your other team? On to greener pastures we go....... Go watch some games to see what team you might fit in well with....just a thought..
M

Player4
Nothing wrong with bit of movement from team to team. It makes it for a better game on the weekend you play your old team. No one will call you back. Reason is you are still under contract with your old club. You have to contact the other coach. He can not call you or email you.Only when you transfer is when people can talk to yo about your old club.
It all depends what kind of soccer you are used to. Some clubs kick and chase some play short passes. You know your game.
I am looking for a sixfoot one striker strong on the ball. A go to guy. Not easy to find. At this time of the year. If tere is a guy out there that needs a team. Post your contact and a clearance from you for me to talk to you. I will not contact you unless there is a clearance from you.
No one over thirty years old. We are a younger side. Younger guys will fit better. Cheers good luck. 9 pm Central School turf. For a striker or mid that is in need of a team. We have lots of skill we need bit more size in two three spots.
Any race or religion is wellcome.
M

Hey Mr. Base, if you find two of those 6 foot plus strikers who are strong on the ball, can you send one of them to us? Ummm, we could also use a Mesut Ozil type playmaker. It's Christmas, that isn't too much to ask for, is it?
M

Rick fields are frozen very dangerous to play on. All the teams need to take extra care that no guys spend Christamas holidays in Hospital. Long Johns must be on sale in Armey and Navey guys will need them. Friday knight games up to minus six game time. Saturday games the same.
Gloves and hats could help.
P

crnogorskifudbaler said:
Makes me ask.... Are u so dedicated that you left your other team? On to greener pastures we go.......
Click to expand...

No, just a player looking for a team.
Reactions: Regs
P

Mr Base said:
I am looking for a sixfoot one striker strong on the ball. A go to guy. Not easy to find. At this time of the year. If tere is a guy out there that needs a team. Post your contact and a clearance from you for me to talk to you. I will not contact you unless there is a clearance from you.
No one over thirty years old. We are a younger side. Younger guys will fit better. Cheers good luck. 9 pm Central School turf. For a striker or mid that is in need of a team. We have lots of skill we need bit more size in two three spots.
Click to expand...

Not sure I fulfill all your criteria. But what team do you represent? And I give you clearance to PM me. Thanks.
M

As I have posted before. We practice 9 pm at Central School It's upto you if you show up. Than we can talk. I do know the rules and I stick to them.
As a mid 5 foot 7 is also no problem. Quickeness and smarts that's what we look for. Good in your end. Div two team in VMSL.
R

There are sometimes defining moments in the evolution of new teams and they don't always come from wins. Yesterday, the Boners were gutted by losing to Uncle Pizza 2-4 -- a team the boys figured they could beat in their sleep. The Fatih's had 12 guys for a change, but they are an interesting team, to say the least, and there were several times when they interrupted the game to fight vociferously amongst themselves. Their sub walked off in a huff mid game after another verbal confrontation. Our kids were overconfident and knocked the ball around almost at will, early on, but without any intensity. Got a goal and things looked comfortable, although there were warning signs based on the number of lazy passes the Fatih's started to pick off in the midfield. Then the wheels came off the wagon. A lazy long square pass got picked off, puttinga Pizza guy through and they scored. Then a few minutes later a string of debatable foul calls, eventually led to a Pizza free kick in close. One of our guys, who should know better, lost it, swore at the ref, and got a red. Everyone else came unglued, dropped out of the game mentally. The Pizza guys scored and then scored again two minutes later. They soon got a 4th as the young boners stood around looking dazed and confused.
Mercifully the half ended just after the 4th goal.

Halftime talk was frank and tough. The guys were a completely different team in the second half, It was probably the best the team has played all year. Great movement, excellent combinations, and even the shooting was better than it has been. The Fatih's parked the bus and, with strong pressing high up the pitch from the island boys, the ball only went over the center line 4 or 5 times all the half. In the end, we only got 1 goal back, but I counted 16 clear chances--a crossbar, a flurry of near misses, and their keeper, who was pretty good, stood on his head and made two quick reaction saves on balls I was sure were going in.

After the game everyone was texting each other about training harder, and more often, and redoubling the team's commitment to build for the future.
In a crazy sort of way, and next season in particular, I think we'll look back on this loss as an important step forward in building this team.

What ever happened to discussing the game over beers afterwards?

Fcuking kids these days, I tell ya!

Regs, you don't understand island life. Game ends. "shite we can still make the 2:30 ferry." And ever body buggers off. Some hit the pub on the way home others rush home to work or party. Beer for these 20 year olds has its place, but in 2013 life is all about the text.
Reactions: crnogorskifudbaler and Regs

You got some serious issues....no talking on the ferry either?? So much for the island life.... Maybe you guys write each other letters island style......just saying it like it is.....maybe practice on the ferry deck crosses and long balls...
M

Nor West 2 Esteghlal 1. Singhmaster and Estenghlal are falling down the score table. It looks like Nor West has turned a corner. Nice to see. Boys will injoy the Christmas holidays.
Cold knight worked out better for Nor West. Very agressive game by both teams. At times more than agressive.
R

I noticed that Serbia United won 8 in a row (after 5 losses at the beginning of the season). It is really interesting that one team starts with 5 losses and then has 8 wins in a row (even winning against the teams which are still ahead of them). Are they strong enough to be promoted to Division 2?
M

Serbia has one very good player. He take the game up the field and sets guys up. Their D was always good. Once you get guys to lisen and play as a team you can go long ways. I personaly think United will get passed Eagles in three years. It takes time but club is serious. All the guys come out and play hard. They just might go win win rest of the way. It all depends on cards and ijuries.
Show hidden low quality content