Went in to pick up our player reg forms today and took a look at the provisional division setup for Div2 next season.

Check VMSL web site and standings for Premier and Division 1 (from last year that, for some reason, shows newly promoted or relegated teams for the next season). Some very, very interesting things: 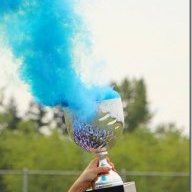 This is not final ...missing two teams in Div-1

Why are we talking non-div 2 stuff in the Div 2 thread?
G

Just glancing at the Div 2 setup..

Having played GN in the summer 4 times IF they field that same team as they did in the summer they will be promotion contenders. Lots of depth and a very fast skilled team. Good bunch of guys too..

Interesting to See Serbia in Div 2 as well...


Div 2 seems like a much stronger group on paper.
Reactions: Cam 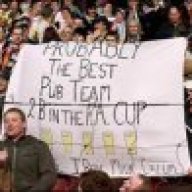 I see Twin Arrows were promoted from Division 3A. They had the strongest second-place finish of the three Division 3s. 15W, 0D, 3L, for 45 points.

Any idea what brought that on? Folding? Merger? Incriminating photos?

Blue and White Army said:
I see Twin Arrows were promoted from Division 3A. They had the strongest second-place finish of the three Division 3s. 15W, 0D, 3L, for 45 points.

Any idea what brought that on? Folding? Merger? Incriminating photos?
Click to expand...

Either merged with Caspian or Caspian simply folded.
Reactions: Blue and White Army

dezza said:
Either merged with Caspian or Caspian simply folded.
Click to expand...

Bit of a kick in the bollocks for Unicorns FC if it's the latter, as Caspian beat Unicorns in the Div 2 relegation playoff.

Blue and White Army said:
Bit of a kick in the bollocks for Unicorns FC if it's the latter, as Caspian beat Unicorns in the Div 2 relegation playoff.
Click to expand...

I talked to Twin Arrows, and it is the latter. Caspian relegated Unicorns, and then folded. Arrows move up as the 2nd place Div 3 team with the highest points total.
R

dezza said:
I talked to Twin Arrows, and it is the latter. Caspian relegated Unicorns, and then folded. Arrows move up as the 2nd place Div 3 team with the highest points total.
Click to expand...

It was totally wrong to offer the spot to the 2nd place Div 3 team with the highest points total. What if other Div 3 was better? There should have been a game between the 2nd placed teams in Div 3 for a promotion to Div 2.
Reactions: Regs
R

There were 6 or 7 very good teams in Div. 3 last year--an obvious consequence of having 3 groups--and nearly any of those teams I thought could be competitive in Div. 2. But, I think Twin Arrows deserved the call up, if only for their very strong Div. 2 Cup run that saw them through to the final. Along the way they beat Astro A (Div. 3 A group winners); America FC (Div. 3 B group winners); Delta Royals (Div. 2A group winners); NFC Viking Storm (Div. 2A 7th place); and Cliff Cobras (Div. 3 A 3rd place finishers).
That isn't a bad record, against two teams that got promoted to Div. 2, a Div. 2 group winner; a middle of the pack Div. 2 team and a Cliff Avenue team that was only 3rd because they were in the same group with strong Astro and Twin Arrows teams.

So, I'm gonna say, well deserved for Twin Arrows. And, just to add, I'm not 100% sold on 3 Div. 3 groups. I'd rather see a Div. 4 group, 2 Div 3s and 2 Div. 2s. With new teams starting in Div. 3 and relegated to Div. 4 if they tank. The problem is that there is often a very big gap between the top2-3 Div. 3 teams in each group in this current arrangement and the bottom teams. In Div. 3 C, Squamish, for example, scored 91 goals, mostly by feasting on the bottom ranked teams. That isn't fun for anyone.
Reactions: Gurps
S

Division 2B looks like it's going to be an incredible group. A solid 6-7 teams with a legitimate chance at taking top spot. Hopefully there are a number of teams in the running throughout so it's not like 1A was last year with Guildford leading from minute one. 2A seems like there may be only 3-4 teams with a shot at it.
Reactions: Regs 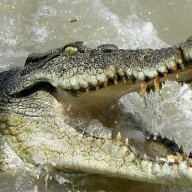 Hmm I think 2A just edges out as the most competitive. Certainly, both groups look even, and not unbalanced like last year.

Is that a piss take?

I think Gastown and Rino's to finish above those teams.
Reactions: dezza

Any news on the Tanoa Vs Meraloma game?
Is it true that Tanoa has signed Premier caliber players?
Any info is appreciated.
Reactions: Regs

Campo Atletico and GN Sporting 1-1.
GN is a good team with several young good players. However, our team managed to get ahead on a good combination by our strikers that took their defense by surprise. They really did not want to lose and fought hard until the end. They equalized with two minutes to go. A very good display of 1 v 1 technique combined with a tactical error in the defense gave them a well deserved goal. It was not bad result for us with many of the guys just having their first game together.
These are CAMPO's power rankings for our section.
1) Greencaps 1038
2) Astro 1038
3) NVFC Storm 1015
4) Meraloma 1015
5) Campo Atletico 1000
6) GN Sporting 1000
7) Punjab 1000
8) Snipers 1000
9) Twin Arrows 988
10) Tanoa FC 988
11) Richmond O. 963
12) Serbian Eagles 963
Reactions: Regs

Against Meraloma, Tanoa appeared to have about 5 or so Premier players. Having said that, they may get more players as the season progresses. Their striker, Milad Rahmati, needs to be man marked. A couple of their players are on $2k plus for the season, hence the quality of "talent" at their disposal.
Reactions: Regs
Show hidden low quality content