ufc upcoming fights to get excited about?

ufc 135- jones vs rampage (only fight i care to see on the card)
ufc 136- edgar vs maynard / aldo vs florian / sonnen vs stann
ufc 137- terrible card, don't care to see gsp vs condit at all, nor do i wanna see crocop vs roy nelson
ufc 138 (free)- leben vs munoz, love watching leben fight!

Then there's Lesnar vs Overeem at ufc 141 on december 31st, can't wait for that one.

There's a few other decent fights but these are the only ones that stand out to me, any thoughts?

sonnen and stann should be awesome, and lesnar vs overeem, WOW, striker vs grappler. I see Overeem taking it as we all see what happens when lesnar gets hit.
J

Diaz is an idiot, he ruined that GSP card...Condit is gonna be roadkill.

johnnybluenose said:
Diaz is an idiot, he ruined that GSP card...Condit is gonna be roadkill.
Click to expand...

Condit is hoping for Matt Serra-type luck in this fight.

Don't look past condit, he's way better than people think. Also in Jacksons camp, huge heart, hard hitter, and good subs (in WEC). GSP hasnt finished anyone in the past 5 fights (I think, its been to long to remember) but I don't see it being an exciting fight. Penn vs Diaz will be better than the main event. Hopefully Diaz gets and arm ripped off.
G

Condit has less time to prepare to fight GSP.

Because GSP is so scientific and methodical about his plan he also must be planned for.

He is a far different fighter than Penn. Hopefully Penn maims Diaz and Diaz learns to be a big boy and that he needs to stop smoking weed and thinking he's cool, because he's not. There is more to being an MMA celebrity than just fighting, the promo, hype, pomp and circumstance is half the battle. No showing to two pressers is unforgiveable, if I was Dana I would have kicked him straight outta UFC for good.

Condit pales in comparison to many of the fighers GSP has fought and beat up in the past (Serra, Hughes, Penn) and Diaz v GSP would have been a better scrap... 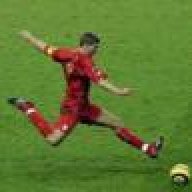 Before even seeing what you wrote i was about to say that fight.


not sure how long that site will carry it.......well worth the hr


sonnen on 2 different kinds of roids and HRT, Silva with a broken rib.........I'm thinking the second fight will be much different

This fight is going to be awesome. If it is in Brazil and Sonnen wins, I still don't think he's making it back to the states.
J

Sonnen is a cnut. That is all.

So is Silva (even though I do agree he may be the most talented fighter ever) when he dances around like acbc player. This fight has everything someone could want. See the Champ de throwned or see Sonnen get his yap shut. That is also all.

I still can't get over this...

The guy is an idiot, but he's great TV, the guy can promo you got give that to him, not the most exciting fighter, but the first in years to even challenge Silva. This rematch is HUGE, but I honestly think (even though I want Sonnen to win) he will be KO'd by the end of the 2nd.

I agree on all your points Cascade including the "idiot" part. It makes you want to watch him both in the ring and out. Should be great!

I knew I always liked you for a reason