Top 10 songs of bands u have seen live

Jack Johnson - Horizon has been defeated

Sublime - What I got

What if I've only seen 1 band live? Does the mean I can't post here? That's pretty fcuking elitist of you. I've heard Jinky sing, but he mostly does cover choons, does that count?

If you're going to bring gum to class Luc, I suggest you bring enough for everyone. Cnut.

It says top ten songs, so couldn't you list 10 songs from the one concert you've been to? Or are you like HOS and got kicked out at the end of the first song?

What if I was at say... a Lenny Kravitz concert and Blind Melon was opening and lets just say for the sake of argument I was hammered. Now if I decided to go for a stumble around the stadium before Lenny came on stage and then from there decided to go for a smoke out-side only to heard one choon by some fcuking drugged up naked idiot (not talking about HOS at your wedding either) then, let just say for fun the security people wouldn't let me back inside? Not even to buy a T-shirt for grandma to say that I was there. Then what Mr. I have an answer for everything? I don't have a 10 best do I?

You elitist are all the same.

In no particular order:

10. How about the whole fcuking ....and justice for all concert in 1987. Probably the best Metallica tour EVER.

9. Pink Floyd - Astonomy Domine. They opened with this in '93? at BC Place. It was amazing.

8. Midnight Oil - Beds are Burning. Roadside Attraction way back in 93 out at Seabird Island. Worst thing the Hip ever did was try to follow Midnight Oil on stage.

7. U2 - Where the Streets Have No Name. I've seen them everytime they've been to Vancouver since '87. The best time however was at the Pacific Colesium during the Achtung Baby arena tour.

6. Kim Mitchell - I am a Wild Party. RA RA OLE! Classic outdoor concert/party song. I saw him at the Demolition Derby grounds at the PNE many moons ago. Excellent show.

5. Headstones - Unsound. Back in the day when there wasn't a gay ass DJ at The Town Pump. Ah, the memories.

4. Nickleback - Leader of Men. Up on Grouse Mtn. on Canada Day 1999. Hiked up the Grind and rocked out. Great tune on a great day.

3. Tool - Sober. I barely remember it for obvious reasons, but I believe it was on fire. Loud. If you haven't seen Tool live, you need to.

2. Pearl Jam - The entire concert the last time they were here. Incredible show from a very good band.

1. U2 - Bad. They played two shows at BC Place for the Achtung Baby stadium tour. I went to both. They only played Bad at the second show and it was fcuking magic. I would compare it to their performance of it at Live Aid. Of course, I wasn't at Live Aid, but I've seen the video footage.

So in a nutshell, that's my top ten and some. 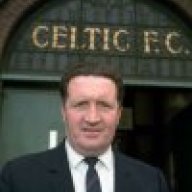 The venue has a lot to do with the quality of the performance!
D

10. Courage: Tragically Hip-Roadside Attraction way back in 93 out at Seabird Island. Saved the night after having to listen to Midnight Oil trash Beds are Burning earlier that day.

9. The Pursuit of Happiness: Hard to Laugh PNE Aqua Bowl many moons ago. It was such a good concert I actually had to go back and see Kim Mitchell (of all people) the next night. It was my Rock and Roll duty. Needless to say, Kim sucked, so I went for a soda.

8. DJ Alibaba at the Town Pump can rock the mic as well. I heard the Town Pump almost went under after The Headstones "played" there.

7. No Rain: Blind Melon at the PNE. Song was ok, but the best part was when Melon's lead singer...I think his name is Shannon Hoon? Anyhow, the heroine addict is dead now. But he peed on some tall, lanky redheaded guy in an orange soccer jersey.

6. Matt Good: Alabama Hotel Room (on my walkman). I remember I hiked up the Grind once in 39 minutes thinking he was playing. Turns out it was Nickleback, so I hiked back down (26 minutes) and listened to Matt Good on my walkman.

5. Nazareth. Hair of the Dog. Commodore Ballroom. Rock and roll the way it was meant to be played before pretenders like Tool came on the scene.

4. Pearl Jam - The entire concert the last time they were here. Incredible show from a very good band. Almost as good as the time I saw them in Seattle with the Chilli Peppers in Seattle 2000.

3. U2 - Bad. They played two shows at BC Place for the Achtung Baby stadium tour. I went to both. I thought they played it better at the first show.

2. Trooper: Boys in the White Sportscar: Plaza of Nations 1997. Like I need to describe anymore? If only Pink Floyd knew how to get the place jumping like Trooper. Pink Floyd...valium personified.

1. Chris Isaak: Wicked Game: Orpheum Theatre circa 1991. Is there anyone cooler in this world (other than KNVB of course)? One of the top one hit wonders of all time.
B

Best moment at a concert I've seen was at Stampede a few years back. We are at a private function for about 1600 people and Kim Mitchell is playing with his boys from Max Webster. He's singing Rock and RRoll Duty and dude in the front of the tent is holding his cell phone up. Mitchell precedes to grab guys cell phone and hold it next to the mic as he sings the rest of the song. Money move.
S

10) Everlast - homage to his HOP days by doing the Pete Rock remix of "Jump Around". At the Rage. Good show. Everlast gave me daps at the bar for wearing my Fine Malt Lyrics teeshirt.

9) Pearl Jam in Seattle with the Gayflowers and Sean Lennon opening. Excellent performance of "Jeremy" as they played the vid on the background screen. Epic.

8) Slayer at the Commodore. I don't recall much of this show, except for the guy they pulled out of the pit with a broken nose and a black eye, and three teeth in his hand. They taped his head together and he bolted right back for the pit. Slayer headz rool.

7) Blackalicious, Michael Franti and Burning Spear at the Whistler Convention Center. Blackalicious and their staple song, "Deception". I think this was some type of musical interlude for a ski and snow convention. It was really fun to see a bunch of older, white corporate types shake their groove thangs while hotboxing the equivalent of a junior high gymnasium. Whistler has a lot of characters.

6) Radiohead playing "Just" at PC. This was the OK Computer tour, before they starting making really weird synth noises into full-length albums. This show was mostly Bends and Pablo Honey, which are the two best Radiohead albums, in my humble opinion.

5) Public Enemy at Richards. Chuck D yelling "are you gonna go my way" about five inches away from my face. In retrospect, this type of interaction would have been less enthralling in another venue (say, jail, for example) but was quite fitting with him on stage and me getting crushed by would-be slam dancers. 911 is, indeed, a joke.

4) De La Soul at the Commodore - "Roller Skating Jam Named Saturday". This was a wicked concert. They brought Dres from Black Sheep on stage halfway through the show, and he was wearing a Cosby sweater. Authentic old-school. I kept waiting for the obligatory Jello Puddin Pop shout-out, which never actually materialized.

3) Chilli Peppers and Foo Fighters (w/special guest appearance by Kool Keith) at GM place. Obviously, Under The Bridge is the greatest RCHP song ever, so hearing them belt that one out had special meaning. This was the tour for Californication, which was a decent album, yet they played nearly half of Blood Sugar Sex Magic which made me a happy camper.

1) Beastie Boys and Tribe Called Quest at PC. THE best show I've ever been to. This was the last leg of the tour which happened to be the last show Tribe played together before breaking up. Q-Tip and the Boys did a rendetion of "Get it Together" which was fcuking awesome. This was right off the heels of Hello Nasty, so the whole Intergalatic theme was in full effect, complete with a rotating stage and neon jumpsuits. Which is far cooler than it sounds. Trust me. There is nothing better than a live version of Sabotage.

I can't stand it, I know ya planned it, Imma set it straight, this watergate,
-sensei.
H

A slow day with no Mergers or Sockgates.

1. Hip - Highway Girl - Moore Theater, Seattle, 1992. Same theater that Pearl Jam did some videos in, what a great some, right up at the front of the stage.

2. AC/DC - Thunderstruck - Every Concert at PC - What a way to start the show.

3. GreenDay - Not sure the Song - At EdgeFest - Lighting the Drums on fire, was on FIRE.
4. The Odds (well as Dawn Patrol) - I was Fukcing Wendy - The Roxy, many moons ago, great song, by a great House Band.
5. Metalica - Sandman - PC - Again a great way to start a show, would have been fun in the Pit.
6. Matt Good - The Whole Show - Some bar on Richards - Love the small venues for shows.
7. Headstones - Tweeter and the Monkeyman - Town Pump (same night Tyson got knocked out by Evander), was far enough back not to get spit on.
8. Hootie and the BlowFish - I Go Blind (with the guy from 54-40) - Plaza of Nations - Hootie suck, but was cool with 54-40 dude there.
9. Motley Crue - Drum solo by Tommy Lee where the drums go upside down - PC 1986 - Great show all around, forget the album, I think it was Theater of Pain.
10. Twisted Sister - Where Not Going to take IT - Opening band for Iron Madian back in 1985 at PC, was cool for the first rock concert.