Anyone else having a laugh at the reactions coming from UEFA and FIFA?

No promotion or relegation.

Anyone else having a laugh at the reactions coming from UEFA and FIFA?
Click to expand...

This is pretty lame. What happens and what is even the point of Champions league anymore? Also, assuming they also will get Bayern? What other club will they rip off from these old established leagues?

They all still play in their domestic leagues.

I just find it funny the talk of "they are greedy" when UEFA has changed and added more and more competitions over the years.

Apparently Bayern and PSG have told them to pound sand.

This stinks of American and Foreign oil-baron controlled teams trying to keep the money to themselves without having to share any.

At the end of the day we are all gonna watch these games.

Regs said:
At the end of the day we are all gonna watch these games.
Click to expand...

Will we? These games now become less special match-ups.

You have a choice between watching

Well, what's the motivation anymore for the competition in SL? I actually don't care if they are playing each other several times a year. Good match between any two clubs is compelling to me, I don't get seduced by big clubs, never have. I like seeing special performances.

If FIFA bans players from these teams from playing in the Euros and WC, I smell a mega lawsuit being fired up. But, if there is something we have all seen in world soccer time and time again, the audaciousness of greed (and corruption) have always been a driving force.

freddy said:
If FIFA bans players from these teams from playing in the Euros and WC, I smell a mega lawsuit being fired up. But, if there is something we have all seen in world soccer time and time again, the audaciousness of greed (and corruption) have always been a driving force.
Click to expand...

That shot was fired this morning I think with the SL saying their legal team is ready to go if any sort of bans are put in place/enacted.

Someone wanted a special performance?

Feeling randy after that....
J

When you don't have any promotion or relegation - it's shite.
Spurs haven't won fcuk all, and I'm a supporter. What are they doing in this?!

Arsenal weren't even in the CL and Utd got bumped to the Europa League ffs...

I'm admiring PSG and Bayern (A LOT) right now for standing with their league and UEFA.

@Regs supposedly the FA and EPL rules prohibit this, so they'd have to amend the EPL rules or these 6 teams are out. I'd be stoked if FIFA barred all players from FIFA competitions. Same with UEFA.

If you can't play in the Premier League, any UEFA Competitions like the Euro's and then you're SOL for World Cups... the "big clubs" in Europe won't be "big" anymore... maybe the money would start being moved back around clubs doing it right.

Bayern has never not run a profit. Audi, Allianz and Adidas own 25% while the fans own 75%.

Without Bayern, PSG and a bunch of other clubs standing with the "ESL" clubs it's pretty apparent who will flinch first.
J

It's all falling apart (thank God!) 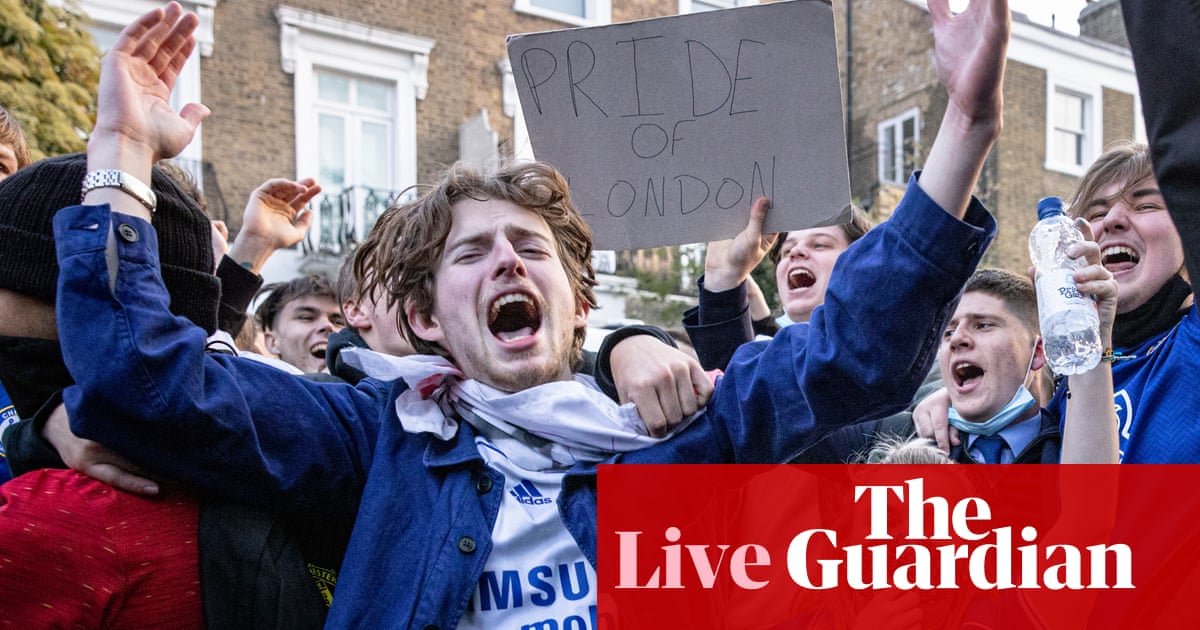 Rolling report: Join Simon Burnton for the latest news with the controversial European Super League plans on the verge of collapse

City and Chelsea jumped ship. United has sacked their Vice Exec Chairman.... who is next?