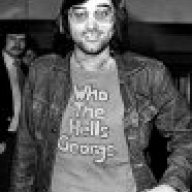 Interested in hearing how things are going in the other matches. Up to this point Bombastic is 2-1-0 with victories over Burnabty Firefighters "1" (2-1) and Point Grey Rangers (3-2) and last night fought back from 2 - 0 down for a 2-2 draw.

Our first match vs Firefighters was fairly evenly matched but our victory was deserved with a dominant 2nd half. 3-2 victory over PGR was probably a little unjust and a draw would have been a more accurate result. Last night's draw was fair when comparing scoring opportunites but not on possession. DC enjoyed an advantage in this area. All in all we are pleased with our results to date with three tough matches out of the way and 7 of 9 points taken.

Seems no one playing in this league but us. ANyway just incase some one comes along who has been watching or is playing in it I'll keep updating our scores.

Old boys game with a few boys of youth on our side. Short and quick on this one; Two posts for BFC and one missed penalty by Europa. Add three terrific saves from Europa's Keeper and you have the nut of it all. Bombastic FC now 2-0-2. Europa 3-0-1 and as best known leading the league.

How many teams are in this league and who are they? Is it mostly VMSL players or...?

This league is made up of 10 Teams. Mostly Div 2 VMSL Teams with a few Div 1 players and some Masters as well. Competition varies from very good to solid. A few of the Teams are;


Point Grey Rangers - They have a number of PG United Div 1 boys playing
Deep Cove "Beavers" - Mix Mash of N.S. boys.
Europa - Purely Summer League boys from various Div 1 & 2 and some masters
Signmaster
Point Grey Strikers - Weaker Div 2 team
Bombastic FC - We are a mix of our A & B and some C team players
Burnaby Fire Fighters - Some masters and Div 1 players as best I can tell.
KW United - I know nothing about them.
Loons- Just a summer team of Div 1, friends and Div 2 players.
The last team we have not played nor have I heard of them.

The format is: league play, Almalgamation Cup (which combines three leagues in first round group stage then single knock out) , and then a Challenge Cup in the same format for the Steal Engineers league teams only. Hope the info helps. Brian Hoffman (VMSL referee) runs the league and we have played in it for 5 years now.

Update on our games are scores only as I have been in Mexico all week.