With the fans going as crazy during the shootout ending of the All-Star Game, pundits everywhere have been discussing whether or a not a 3-man shoot-out should happen during the regular season.

Naturally, playoffs would proceed as usual: play until someone scores. However, considering the fact that GM's continuously describe this sport as a 'business', they should make it as entertaining as possible. And frankly, that All-Star ending was pretty damn entertaining.

I say sure, what the hell -- didn't they have it in the NASL? Look at the success they had.

I voted no because it would drastically change the other parts of the game as it is now... teams would play a more defensive system knowing that if they held on long enough, they could always go for the shoot-out win. Or something like that.

The 5 minute OT they have going now is exciting. I'd like to see them go to 10 minutes OT before any shoot-out nonsense.

If anything, the league should adopt the playoff system. Play till ya score. You would have alot of tired players, but who cares, they make enough money. The shoot-out also takes it away from a team game, and makes it about individuals.
My vote is no.

that's for that poncy international tourney, how about having the enforcers square-off, last man standing wins! Now that's hockey! 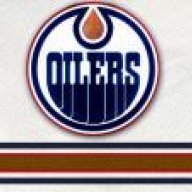 I think the shootout turns a team game into one of luck and individual talent. How good the individuals are can have no bearing on the team as a whole ( for example the NY Rangers )

Why would you even ask?

I'd be in favor of ratifying the point system though...similar to FIFA.