Hoops they did it again

Apologies to most here as I've let this forum/thread slip the last couple of years.

Season over you bastard I already congratulated the knuckle dragging meatheads on another forum.

Regs said:
Apologies to most here as I've let this forum/thread slip the last couple of years.

Thank god the Rangers didn’t have to face Fulham.

There they are, was getting worried 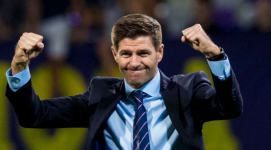 Just in case all yous didnae see it.

Looks like it’s been awhile since they had something to celebrate.

I believe the last time Celtic won the treble they just played oops we did it again.

A quadruple treble, amongst a second 9 in a row is certainly worthy of immense respect.

But we're back.
So fcuk off.