Planet of the Apes

Anybody have an opinion about "Planet of the Apes"?

Is it worth seeing or should we wait for the dvd / video?

It's worth it. Definitely a Tuesday/Matinee flick for anyone, a Full-Pricer for a sci-fi nut or if you liked the original.

I got myself up for it after re-watching the original on Friday night (a double-header with Road Trip ), and I wasn't disappointed. The acting overall is far better than the original (however, they've thankfully included a classic cameo with Chuck Heston -- I won't spoil it, although you'll see it coming a mile away). The make-up is amazing -- Academy Award quality -- and the story is suprisingly good, considering that it's a retelling of a movie already done.

Only one major flaw though: the last 2 minutes. Rumour has it that Tim Burton shot/reshot the ending no less than one week before it's release. Bad idea. I don't know what he had before but I'm sure it couldn't have been worse. I understand what he was going for, but he did it in such a way that the logistics make no sense. But don't let that keep you from this movie.

One final note: there is no Nova in this movie. Other than hanging around and looking gorgeous, it is a loss to me as to why Estelle Warren is in this movie. Her character is pointless other than to mirror the lovely Nova character in the original.

You are surely taking the piss. That has to be the worst movie of the summer, which is saying alot if you have a gander at what's one.

I think Mark Wahlberg, the actor, is alright (re: Boogie Nights, The Yards), but he was certainly Marky Mark & The Funky Bunch in this one.

Marky Mark and the Monkey bunch?
B

I don't know how I let that one slip by. Always missing out on a golden opportunity to shine.

the movie was absolute shite

And glossing right over the teenage-dirtbag, I'll address the issue of Marky Mark.

By no means did I mean to suggest that Wahlberg did a great job in this one. On the other hand, he wasn't tragic either (read: Keanu). I only said that overall the acting was better than the original. Mind you, compared with the original, a late episode of The Dukes of Hazzard would have better acting (particularly from Uncle Jeese).

However, you can't argue that the story wasn't interesting, the make-up fabulous, and the action good (and that's not even mentioning the interspecies pseudo love triangle ). As I said earlier, it's a cheap movie for anyone or a full-price for sci-fi'ers. And honestly, if you paid anything for Armegeddon, this deserves seeing in the theatre.

I'm giving the Movie a 6 out of 10. I really liked the special FXs'

I'm thinking they could have got a better lead than Marky Mark.

Overall, I liked the movie for the entertainment and sci-fi value. 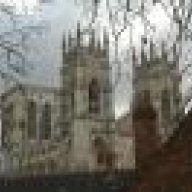 I did take it in as an afternoon matinee and quite enjoyed it. The point is well made that when you consider it is a re-telling of a previous movie, it is pretty good.

Yes it is largely carried by incredible effects and make-up (but it has to be since many will be familiar with the basic plot), but they aded some new comic/Far-Side lines aka "Human see, human do from the original, and the slave trader was a good comic addition. I too enjoyed the Cameo with Heston and stuck around to see his name in the credits(it wasn't or I missed it).

The only major change between this and the original was the violence of the "apes". Tim Roth was excellent, but walking around like that must have been a bitch!

An enjoyable moivie on the big screen, though I wouldn't take young'uns as several left the theatre in tears claiming they would be having nightmares.

. . . and the slave trader was a good comic addition.
Click to expand...