I assume they'll be announced sometime over the next few weeks. First, I like to post an open suggestion to the league president that the players chosen for the all-star team should be considered to represent Italy in the Nations Cup. It would be simple - ask the 11 players named, and request that each coach/manager designate a striker, midfielder and defender from his team. This way, you're looking at a pool of 35 players (not including goalkeepers, which is relatively easy to figure out) that would probably be the best representation of the "All-Stars" of Italian League. Just a thought.

These are a combination between who I think will win, and who I feel should win. Sometimes voting for the all-stars produces some odd results:

Goalkeeper - Corey Breuer, Campania. Although I figure Treviso's Kindel will get some serious thought as well.

Puglia kinda gets the shaft here with only one player named, but I don't see any of their backline getting named, and Laurent/Randzzo will have a hard time getting named as all-star forwards (even though they're both equally deserving). Eggy has been around for a while and is a good choice for the midfield.

Arnie may be old, but he's still quality. Treviso lands two players but it's hard to argue against either. With the roster I've got, Campania gets two, Calabria gets two, Catanzaro gets two and the aforementioned Treviso twosome.
C

Frank Mollica is not Ray bourque he does not deserve an all star this year...I think Kent from Catanzaro had a much better year...

Dave Camuzzi...are you kidding, this guy is about as slow as a mule. He is brutal...he should retire along with Jimmy H.

All of your midfielders but Joe are wrong choices..He is definitely the heart and sole of the best team in the league.

John P, from Cat had a brutal year..he gave the ball away more times Camuzzi.

Arnie meers is so old he doesnt even move past the center circle. Paul Favro had a way better year.

Richards is always good but he was not special this year. He looks like he has slown down and I think the sporting player from Abruzzo is a way better choice.


But other than that your team sucks
S

That's some good criticism, slagging my picks without actually offering up some of your own. I just think you're pissed coz I left Calabria's Rob Brustolin out of the mix. Ooooooohhhhh......

I wouldn't argue with giving Kent an all-star.

The only reason I went with Arnie over Favaro was that Fav was injured down the stretch, and missed some games....I hate it when guys play half the season and still pick up an all-star. Not that Favaro did that, it just means that me picking him would justify that line of thinking. You're fcuking dense if you don't think Arnie is a very good player.

Camuzzi...center back for a team with one of the lowest GAAs this year. Scored a couple of nice goals, and positionally - he's very sound, and solid in the air. Also take into account that a 6th place finish means at least one Veneto player will be named to the team - methinks Dave is the most worthy recepient. Sometimes you have to think outside the crudely drawn lines of your intelligence to figure this stuff out.

As for the midfield - Marello is the heart and soul of your team, you donkey. Unless you consider him the lead flounder or shoe-bottom of Calabria. If my midfield picks are so bad, who would you suggest to replace them?

And, as for Mollica. He might not deserve the award (even though I think he does), but you can almost guarantee he's gonna get one.

Mid fielders,
I dont think I would take either Arnie or Favoro this year.

The Bitch did play well in the pipes despite his on field acts, I would chose him over the Corey (5 goals by Friuli)

Still, I will have to take a look at my selections a little closer before I post them....

Rob Brustlin should get an All-Star for not getting suspended this year. That alone is a reason to celebrate.

I guess Gebbie is a pretty good choice for a midfield all-star. Even though he stitched us. No, I won't let that go.

Obviously some guys are gonna get left out due to how the teams finished this year. Hell, Veneto probabaly wouldn't have landed a single player if we didn't finish in 6th. So I'm guessing it'll either go to Camuzzi or Guido Tittoto.

I think Laurent deserves some mention for how well he's played for Puglia this year, but its tough to pick him over Corazza or Benji.

As for Arnie or Paul....look at the rest of Treviso's midfield and strikers - there's not a lot there. And they still had a pretty good year offensively, despite not having a ton of talent. I'd say one of them deserves credit.

Maybe Eddie Cannon for an all-star defender award? Could happen.

If the League implemented the Scott Stevens Memorial Award, Brustolin would be the heavy favourite to take home the honor.

No vote for Super Pipo?

That shows my first touch this year....

Although I did score a cracker against Sensei!

I should be nominated for the BLACK HOLE!
T

The rumour is flying around the city of East Van. Is that Team Calabria is asking the commish to play for them this weekend.

The question is will commish sink to a new level and play for a team that did not care about him before.

Why dont you go to a new level and shut-up. The commish will not and I repeat not play for Calabria again this year.

Why don't you shut the fcuk up before I shut you the fcuk up for the benefit of all TTPers?

OOOOOOHHHHHHH....watch your tone with the Crazy Calabrese

Just tell us who he is, and he will shut up pretty fast...

The Philosopher has spoken

The Apprentice may be up for an all-star selection....
Did not know that he played this year...until he took a Red card in the quarter-final.

Apprentice All-Star Selection along with the Whole Friuli Back Line

I think that Jimmy should get two selection, one for him and one for his back that carried TA around.
Carm must be doing the selections, I may have to put in a Law Suite agianst the I-tal league.

Who is going to the game on Wed., give us the updates.
I nominate Sensai Hanson

It's just a rumor and thats all...pretty dissapointed with my goal total but scoring goals doesnt mean everything Atleast I didn't play as bad as HOS.
S

That's about the only thing I'll get nominated for this season.

I might show, I might not. Like HOS, my interest in the I-Tie league kinda wanes once we've been eliminated. Just get the fcuking thing over with and be happy.

The NBA draft is on wednesday, which is where my first priority lies. We'll see that night whether I decide to show my face at what will probably be a good game, followed by some dodgy All-Star choices (no offense Apprentice).

I guess it all depends whether you want a legitimate shot at winning the national title, or whether your happy to just play. 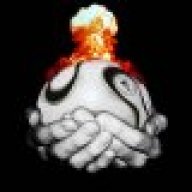