Well it seems that the old lads will be dusting off their soccer boots and digging out the kit for the beginning of the best Masters League in all the land.

ya ya ya Columbus won the Cup, but it will be coming right back to the valley after this next season. Too bad the VMSL and FVSL Masters Admin can not get their shite together so we can hammer VSML teams once a week. Oh Yeah throw in the NSCL who don't even rate!

Back to the point,

It seems there are going to be plenty of changes this next year in the FVSL Masters League.

I know out here in Peace Arch we will be loosing a couple of key players to the new look Surrey FC Sundowners. I also heard that maybe Jordy is packing up and going back with them as well....

From the All Blacks camp, I hear that they are going to be getting rid of the guys who couldn't get the words to the HAKA memorized and adding some talent.

How bout the rumor we will be playing some Friday night tilts.

That sounds fcukin great, out drinking on a Friday night with the young bucks at Cheers (meet the players night)!!!!!

Hopefully, you Bastards will get on board and stur it up abit this year....TTP style

Maybe it was a bit too soon to start the Masters thread. I don't know but things are really heating up in the PA camp. Players leaving, players bitchin', complaining, threatening, you name it's and it's happening in the PA camp.

Late breaking news from the All Blacks camp, Wattsie might actually pass the ball to the other members of his team. Well at least BullyB hopes to get the ball from Wattsie.

One guarantee is that Surrey Sundowners will have the best slop with the SCFF a close second....

Well I heard from a good source that there will be at least a couple of Friday night games this year. Any thoughts out there?

Your all a bunch of bastards
H

To add to that, it would be great to have some cross-over games between the FVSL and VMSL during the year, ya ya we play the odd friendly agianst teams in the other league, but to have every team do a cross over during Jan. or Feb. after the x-mas break would be great.

Regs, where is the TTP Champions League, I thought that was taking place this year, perhaps the O-35 boys could set it up.

Too bad the VMSL and FVSL Masters Admin can not get their shite together so we can hammer VSML teams once a week.
Click to expand...

Alright, ya great doofus, you got a rise out of me.

Ultimate clarification: the West Coast League has nothing (thank Dog) to do with the VMSL. Nothing!!!! No administrative ties at all; no connections of any kind except that some clubs have teams in both leagues. Aside from that, the only thing we have in common is geography.

I would love to get the interlock up and running; last I heard, the ball was back in Neil and Rob's court, but we are still talking about it. As well, I'm sure that Columbus, Firefighters, Westside et al would love to come over to your nice fields, drink all your beer, and see about who hammers who. Just don't want to hear that "amalgamation" word again.....

HOS: the TTP Champions' League is up and running; it's called the Provincial Cup....

Thank you Stew for the acknowledgement and reply. It seems to me the rest of the FVSL o30's have gone to sleep until the start of the year.

I'm also glad to see I got a rise out of you. My apologies on the league classification (ie: VSML - West Coast League) Call it what you like that's fine with me, I assume you got the dift?

As for whose fault, we are not interlocking as of yet, it is? Well I can't disagree with you saying, "it's Sir Rob and Prince Neil's" doing. I would more than believe that!

Yes, I believe we would like to play games vs you West Coasters. As for playing on GREAT pitches, well that's true!

As for drinking all the beer, your more than welcome to try. That's part of the FVSL o30 hospitality

Who will beat who? It would be indeed lovely to find out? We'll let the playing do the talkin'

Didn't mean to imply that I was pointing fingers at Neil and Rob; merely that we're still discussing the interlock idea and the ball's now back over in their court. Not blaming anybody; there's a lot of issues to work out.

It's true; most of your pitches are in better shape than ours are. Given the amount of use some of them get, it's not surprising. Even our own pitch at Empire only got along as well as it does because we had the foresight to pick up the allotment following ours for makeup games; because it didn't get constant use like the field beside it, it survived the winter. The other field didn't. Very sad, since these were the newest fields in Vancouver, and should have been built to withstand the expected amount of use that they're going to get. Dumbasses......

Great man? Not that I'm aware of. Beer-drinking old bastard? Beer-drinking I'll put up with. Old I guess I have to admit to. Bastard? Didn't think so.....

Toze, I'm sure at least a few of our teams would love to come out and step on your toes. Now be nice or we'll make you come over here and play on our quagmires and still drink all your beer....

Originally posted by 5bigtoes
Well I heard from a good source that there will be at least a couple of Friday night games this year. Any thoughts out there?

The Allblacks are scheduled for Friday nights on Langley's new Turf though I wouldn't count on the field being ready, so the schedule will probably include away games for the Allblacks for the first couple of weeks....

I am not speaking on behalf of the Allblacks, but I was involved in some field scheduling and thats how it looks so far.

Just havin a bit-o-fun as usual. Love to have a few friendlies against your mob in the near future. I would also love to play on the old empire site, looks like a pretty nice pitch?
Send me a PM if your interested in sturring it up with the Peace Arch lads....Wednesday night are always good, if we can find a field.


I am not speaking on behalf of the Allblacks, but I was involved in some field scheduling and thats how it looks so far.
Click to expand...

who is in charge of the All Craps? I hope you got rid of that twat JB? He's a complete ass...

BTW, do you know the HAKA?

Hey 5bts. I heard from a fairly large reliable source, that you and a few of the other plumbers on PA are thinking of leaving . It seems your all getting a little tired of the English muppet running your club. Just a rumor........ I hope it,s not true, because, I sure enjoy watching you and your mates drag their fat arses around the park.

who is in charge of the All Craps? I hope you got rid of that twat JB? He's a complete ass...

I assume that BJ errrr... JB is in charge, and whether or not he's an ass or not I will leave up to someone that knows him to comment on... 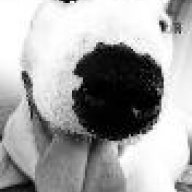 Firemen bros preseason training going very well. See you @ the first game. No coach no practise Lots of frosty's. Oh well it has worked for us so far and to old to change anyways.

What's New in the Firemen camp this year? New Kit, Friday nights @ Newton Athletic who knows? We have all players returning and have added some quality players as well the latest being no other than ex 86r Dougy M. Should be huge for us in the middle of the park.

Where is Ballbaby is it true he is to busy trying to get in shape for the Hall Of Flame F.F. Calender that he hasn't got time for us.

On fire and fully involved,

Which Dougie M are you talking about? McKinty or Muirhead? I understand that Muirhead is back with Sundowners where he will be appreciated for his defensive contributions.

We had our first session of the season tonight and it was a great turnout. You know OF&FI, the older we get, the more we really appreciate this game and the opportunity that we can still play.

Should be a great season for all. Much more competitive.

It is very nice to that all you bastards are getting back into the spirit!

well dispite all the whinnin' and bitchin' and complainin' and grumpyness some have left, as said before in previous posts. I am staying (no one else wants my fat ass). As for others, they have to make there own choices about staying or going.

I can hardly wait to play you fire bastards, BBQ, Beverages, and lots of Takin The Piss.

I saw Bawl-Baby at the Youth Provincials and he looked very fit to me, fit enough to hang on the wall as Mr September on some Davie and Deman bar wall where the bartenders name happens to be "Chad".

Bro in the burb hows it hang'n baby?

That would be Mckinty .I wouldn't put my finger through such a work out if it was only Muirhead .The only thing big about signing Muirhead would be his arse

.Hopefully he can start to help Sundowners get back to the team they had been two seasons ago.

Alldark,s vs Firepeople on Friday nite at Neil McLeod. Tough to play on a turf field when there,s no turf! Was hoping to watch these two giant,s play, I guess it,s a road trip to watch SU.

First week of fun and beers,

Originally posted by 5bigtoes
First week of fun and beers,

Good luck allright, good luck playing on Sand, in the Dark.... Doubt the field will be ready, unless they are air-freighting an acre of turf in overnight...

I am sure the league will be rescheduling the first few home matches for all Langley teams.

As long as the beers show up! It's all good! No soccer means more drinkin' for the All Blacks (who love beverages) and the Fire Fighters (who drink all the bloody time)

BullyB and the All Blacks getting things ready for Friday night....
Show hidden low quality content