different team than the one we played first game.

good back and forth game that could have gone either way.

I’m back in the league.

Wait that was back in 2015.. POY
Reactions: knvb, BCSoccerWankerOuter, Fez08 and 2 others

gametime said:
I’m back in the league.

Missing two key starters we started well and had the lead after 15 minutes. Wakanda came back strong and carried the play for some large stretches. Not our finest performance but got a result. We had it at 2-1 with minutes to go but a cracker of a free kick with minutes to spare tied the game.
Last edited: Nov 3, 2019
K

Vault came out well about 10 mins in and capitalized on an errand pass, which ended up putting there striker through who made it 1-0. After that we woke up and controlled the rest of the first half. Around the 20 minute mark we got our first then about 10 mins later we got our 2nd. We then found a third at about 35 mins in. We missed multiple other chances and there goalie made a couple nice saves. Last corner kick of the half we put a hard cross in that the goalie couldn't catch, it hit him in the face and went in his own net. pretty much summed up how the first half went for vault. second half no gosls, but not because of lack of chances, couple near chances and 3 or more breakaway stops by there keeper. WRU atleast showed up with a full team this time. They did have a couple dangerous chances they created as we kind of took the foot off the gas in the second half. They will steal some more points, but I don't see them getting out from the bottom of the table. Good clean game, referee wasn't bad either. Onto Wakanda next week.
S

Match could easily have ended in a draw but for 3 great goal line stands in the last 10 mins. I think at one point RD had 5 players and a keeper on the goal line.

Honourable mention to the RD keeper who at every opportunity tried to take out our players. He comes to claim a loose ball at the top of the 18 with only our striker standing a few yards away, then after claiming the ball takes another couple steps to draw contact but misses and falls over. In the second half he came out to about 35 yards to clear a through ball, he was first to the ball by 2 steps but held up slightly so that his kick follow through would catch our polish striker. Fortunately the polish hammer held strong and the keeper was down for a good while. Live by the sword, die by the sword, i guess.
Reactions: InanimateCarbonRod 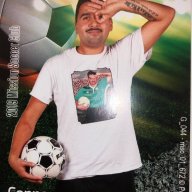 Any pre game analysis on the mission vs abby game this weekend?
Separated by 1 goal for and 1 goal against and 2 points in the standings.
Should be a banger
Last edited: Nov 8, 2019

SoccerFan4 said:
Any pre game analysis on the mission vs abby game this weekend?
Separated by 1 goal for and 1 goal against and 2 points in the standings.
Should be a banger
Click to expand...

league has your game vs the Dragons as MOTW. I guess based on previous results between us and Abby the league aren’t giving us a chance.
V

Just noticed that TSS rovers u21 are now listed in div 2 while the TSS rovers III no longer has u-21 next to it. Seem really odd this has been changed mid season. Standings page still lists the 2b team as U21 but contacts page and all schedules have this now reversed.
K

any news on dynamo game

Dynamo 1-0 hawks
Tight game on a small field (not our usual home field). Hawks have added a few players? They had a good counter attack but we had loads of chances, they missed a sitter too.
P

Dynamo 1- Hawks 0. We were all over them first 30 and missed many an opportunity then they took it to us for the last 15 minutes. We got one early in the second and coasted home. Hawks are better, good defensive team but ran out of gas against us. We still are missing a boat load of chances but will take this win.
S

Went and watched abby vs mission.
Abby won 3-0.
Any news on the surrey vs wakanda game?

SoccerFan4 said:
Went and watched abby vs mission.
Abby won 3-0.
Any news on the surrey vs wakanda game?
Click to expand...

yeah 1-0 until late in the game then they added 2 when we tired.
First half they were the far better team and had us pinned back for the majority of the half. Their goal was a bad mistake by our keeper but shite happens. It was deserved I guess.