Today's sandwich is the much hyped SUBWAY MONTREAL SMOKED MEAT.

In my never ending search for the perfect sandwich, I found myself being sucked into Subway today in response to the Smoked Meat blitz. Typically, and in most Sandwich Connoisseurs' opinions, Subway is nothing short of visiting purgatory. Not quite sandwich hell, but a far cry from heaven (which in my opinion is Kaplan's Deli, on Oak). That said, being a fan of the Montreal Smoked Meat, I found myself feeling obligated to check this out.

PRESENTATION
Right off the bat, they lose points w/ me. Now, going in, I do realize that this will be packaged in a typical Subway sub. Tabernacle! But, I also accept that marketing is everything, and you can't expect Subway to sell...erm...non-sub sandwiches. That's forgivable.

What is not forgivable is that they did not have sauerkraut or hot mustard! How the fcuk can they sell a Montreal Smoked Meat w/ no hot mustard! The bitch even offered to put some jalapeño ranch dressing on it! It took every ounce of restraint not to jump the counter and kick her in the cnut for her disrespect for the Montreal Smoked Meat, but being a professional, I managed to calm myself and say, "Just pickles, please". Then politely explained that if she ever offered to ruin my sandwich with jalapeño ranch again, I'd hunt down her family. Actually, I told her co-worker, who translated.


BETWEEN THE BREAD BULK DENSITY
One thing subway has never cheated on is the meat. You get a lot. That being said, I was a little concerned the bread- as often is the Subway case- would overpower the meat. Not too bad here. They had a lot of meat packed into this baby. Rough estimate at 10-12 ounces. Problem is, it is spread along a lot of sub bun.


TASTE
I must say I was pleasantly surprised, even though the sandwich was missing two very key ingredients of a Montreal Smoked Meat- hot mustard and sauerkraut. In fact, I devoured the full 12 inches faster than Guinness dressed in sheep’s clothing at the PAU Christmas calendar shoot. It was pretty good! But, I have to point out, the meat was a little too lean for my liking. For a true Smoked Meat, you need a little more fat, less lean.

VALUE
The sandy cost me ~$10.50 or so. Typically, I’ll pay $14.00 at Estrella’s Deli (Langley, 200th and about hwy. 10, just South of the tracks, left hand side, beside the dentists office) for their big one. You feel full after that one, and need to go through very little bread, and a whole lot of hot mustard and sauerkraut to get to the goods. But…did I feel full after Subway? Satisfied? Sadly, like Guinness…no, I did not. I felt like I had paid $10.50, and would have paid $5.00 more for extra meat, sauerkraut, and hot mustard. Likely the overly lean meat attributed to my lack of fullness. Again, not unlike Guinness.


In the end, I think it is a good attempt, but they are not quite worthy of being in the same class as Estrella’s, Frenchie’s, or even Annie’s. I won’t even mention them in the same breath as Kaplan’s- or heavan forbid- Schwartz's. They will earn some followers, but they will be uneducated in the same way Californian’s are educated about their hockey. Yes, they have a product, and they may like it- even love it- but it isn’t the real deal.

If you have a sandwich you'd like reviewing, please send me a PM here, and I will make every attempt to accommodate your request. Appointments only. Or if I'm hungry.
J

La Charcaturie in Port Kells, somewhere around 190th on 96th.
Salaam makes a mean sandy...has many to choose from, or you can go off the board and look at the deli meats and cheese and he'll create for you.

They are measured in pounds, not ounces, you cannot finish an entire sandy in one sitting, and the sandwich, with a San Pelligrino or Pop/Juice or water is never more than $8.00,

He is a total character, which always adds to the fun...He is one of the worlds best piss takers and hits on every elderly lady that walks into his shop.

Cash only, and worth every penny and more.

You should go and review his shop, I'll bet you never go to another Deli to review again

Eating at Subway and Quizno's is for corporate whores, now excuse me while I go back to my work and Starbucks Venti No Fat, Sugar Free French Vanilla Latte with no foam, extra hot
La Charcuterie Delicatessen (Surrey, BC)

I must admit, I did feel dirty today.

I have an appointment in Port Kells later this week. I'll be sure to stop in for a Salaam sandwich. Salaam, if you read this: break out the hot mustard, or feel the wrath of a negative Dude's Sandwich Review. 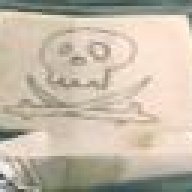 johnnybluenose said:
They are measured in pounds, not ounces, you cannot finish an entire sandy in one sitting
Click to expand...

I dare you to say that to Rangerforever or Blazearmy.
J

Salam gained notoriety through his old location on boundary and Kingsway kitty corner to swangard.
He was in the news when he beat a squatter that was living above his deli above the Tbar ceiling (don't ask, I can't explain) and chased him away...
He is very foul mouthed, says the most hilarious (read horrific and disrespectfull things) to elderly european ESL women and they keep coming back, not only can you buy his subs and beverages, he has the largest assortment of crackers, sweets, and other imports from all around the globe.

I have't met blazearmy or RF personally, I have once, only once, finished on of his sandwiches and lets just say I didn't feel 'right' for a week or two, and I can pack the food away pretty good.

Think each sandwich around 12 inches in length and around 3 inches (of just meat) thick, nevermind the veggies and cheese that go on the baked-that-day bread...If someone can get their mouth over one of these sandwiches they have a very special talent

I used to visit his place on kingsway on a fairly regular basis when i was going to SFU. The sandwiches were big and had i known he had moved to Port Kells i would have made a trip out there. They were good and going off the board to create some frankensandwich was always great. I did finish the beasts off on the odd occasion but usually it was a lunch/dinner combo meal as there was enough there to take care of me for 2 meals.

I did eat at the Duffins donuts on 41st yesterday. A solid, cheap sandwich that left me in a good place. the best part about the place is the variety as they have a chinese food place they share the space with. An egg roll, a chorizo and egg sandwich with an espresso and donut for dessert was a quality meal if not ideal in a nutritional sense.
J

johnnybluenose said:
Think each sandwich around 12 inches in length and around 3 inches (of just meat) thick, nevermind the veggies and cheese that go on the baked-that-day bread...If someone can get their mouth over one of these sandwiches they have a very special talent

Sounds like no problem. A couple of fingers down the throat afteris the key. 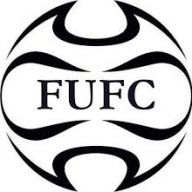 you mean the 'Laser Hair Removal Fund' with him half naked and with an Islamic Head dress on doing some burlesque pose...

Once I made the foolish mistake of asking him how the fundraising was going when, in the middle of assembling my 'manwich'or 'telus', he promptly dropped his drawers...needless to say I asked him to change his gloves...

So Dude, eagerly awaiting your review or La Charcuterie...

did you get by there for lunch yet?

I had the smoked meat at Subway during a busy day yesterday, the ad got to me too

It was terrible...not even close to as good as half of their sandwiches...

Ossie's in Tsawwassen makes an excellent sandwich. Way too far out of the way for most of you but quality none the less. The more frequent guests can get sandwiches named after them.

Ate a great sandwich earlier this week at the dodgy car wash/ deli place on bridgeport right by 3 Road. Sam's or something like that.

Ossies went down hill after they sold it! You are reminiscing of our high school days Army!!!

I was in there 3 weeks ago. Still good. Not as good, i will give you that, but way better than the slop the give you at Subways.

I always loved the chiken burger and the frikadelle or whatever it was. It wa smoney having a vehicle in high school. Sandwich and a slurpee. Hmmmm!

Regrettably, I wasn't able to get to Port Kells today. Change in plans.

Tomorrow, however, is a new day. I may even bring the digital camera.

Just wolfed down a PB&J on white. Dutch crunch bread, Skippy's smooth PB, and homemade blackberry jam. Little chocolate milk to wash it all down. 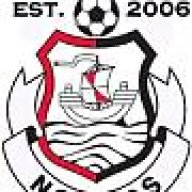 whipped my self up a little Tuna Panini today.

Not enough supstance but good taste.

Speaking of Panini's, just got back from my daughter's soccer practice, and on the way home hit up the Wired Monk on 64th & 184. They have a full on Panini menue. I had something called the Wild Californian. Can't tell you exactly, but I remember some turkey, bacon, guacamole, red peppers, and some sort of secret myo based sauce.

Still too much bread, but filled the gap. Little on the pricey side.

Oh, ambiance...very nice, cozy little joint that Wired Monk. They have a little fireplace and couch area. Made me want to take a nap.

I am designating it the perfect Saturday morning coffee spot. Head in there w/ your own little bottle of Bailey's, spike up your coffee, and get yourselves warm before going out to coach ADDFC.

Oops...just gave away my Saturday morning secret to keeping calm while coaching.