Does anyone know the DIV 2 set up for the upcoming season?

Is it too late to enter another team into div 2?


Croatia SC Classic needs a place to play until we have enough guys over 35.
G


As for regular Div two, there is no way the league will allow any new teams. There were a few teams in Div 2 last year that didnt even win one game....but they get to stay as there is no demotion anymore and the league cannot get rid of them unless they fold. Untill one leaves...there will be no more spots to available...

How do you know the league won't let any new teams into Division 2 for the up coming season. If the price is right i'm sure the can work something out.

The C-Men are gonna have a lot of games this season.

Rangers should walk away with this one based on last year - they're lucky to get Shaheen, probably the weakest of the teams demoted.

Could be the Walk's year, providing they show commitment. I'm sure Richmond will have something to say about it. Don't know about the strength of Bimini's...

The C-Men are gonna have a lot of games this season.
Click to expand...

Bombastic SC 'A' are in Group B and Westside C-men are in Group C... apologies to all for my lack of cut and paste skills from the less-than-excellent site 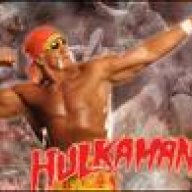 You heard it hear first!
M

Mickster must've been on the Beam before posting that last reply! I think the JB's will be in the top 5, but won't be a real threat for promotion. I'm curious to see what WFC Bimini's is gonna be like. I wonder if their squad will stick together and fight to get back up to Div 1. Picking the Falcons in 2B is a bold move, we played them in cup play this year and they were a strong young team. If they get a little depth, they could win the division.
If anyone from 2A or 2B wants an exhibition game in August, just post here and we'll arrange something.

Don't want to make any predictions yet, its much too early. I think it will be a competitive year. Played Peg when they were in Div. 1 a few years ago....good squad. Primos are alwayz tough, and Polska should be decent as well.
V

Group A: Blaze (just glad to see them in another group=no injuries or fights)

Last we had most of the North Shore teams, this it looks like we will going to the westside alot.

Looking to do better than last year.
Gonna beat the Beam this, at least once.

You guys beat the Falcons quite easily 3-0 last weekend ... and yet you choose them to win "B" - still sticking by that decision?

Who do you think will take summer Cup? I think it will be Burnaby CA or Norvan... of course we're still in there to stir the hornet's nest as are you... 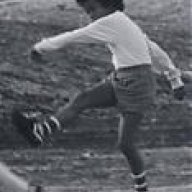 They have some good young talent but I think they were missing some backline regulars. The game was closer than the scoreline indicates. As well, my stellar, steadfast, stonewall goal-keeping duties took some of the pep out of their step(read: The stickum on my gloves shorts and jersey held up well).
They have a bit of maturing to do but should do well. Win 2B...you never now. As I am not a betting man, I don't like to make early predictions without a few results to base decisions on.

Yes Bones, you played well between the pipes, except when you almost bitchslapped that cross into your own net!!! If the Falcons have their act together they'll be in every game but if there is a party the night before their game they'll all still be drunk come game time.....and they will lose. PG Rangers were my other choice to win 2B but I'll stand by my pics for 2A and 2C.

Teeley, the young Norvan squad will be tough for anyone to beat this year, young, skilled, fit and pretty well coached. I'll pick them for the A cup and Bby Knights for the B cup. Good luck vs DCR this weekend hopefully you'll do better than the last time you met them!!!

Vinnie, Vinnie, Vinnie....we don't plan on losing any games by default this year and that would be your only hope of posting a win against the mighty Beam. I will be happy to put some bevvies on the line though...if you're up for it!!! (we'll end up drinking them together anyways) Although Bonefish plays decent enough between the pipes we are still looking for a #1 keeper to free up Bones to score some goals. A couple of new signings, a few healed injuries, and a new home game date should see us do better than last year in this div. Looking forward to seeing what happens.....

Teelay,
Good to see yo guys finally got a win.

Bonefish,
Glad to see my gloves helped you post that stellar shutout..........although the limp-wristed half ass slap of the ball kept it entertaining.

Yeah we needed it. Actually of the games, we should have won 2 and tied 2 based on game flow, especially the 2 we should have won (just couldn't hit the side of a friggin' barn). But the four that we deserved to lose we were so atrocious it wasn't funny. Last weeks' win went a long way to getting our game back on track though. 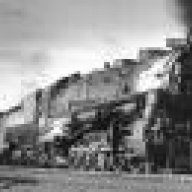 Well it's nice to see nobody is picking NK to top their group. It's always sweeter to win as an underdog. The Watcher feels that Nk has a great shot at the title this year, as they have replaced some part time help with some full time, commited players. As for everybody picking the rangers to win, NK always kicks point grey's ass and that won't change this year. Westside also falls victim to the NK train everytime they meet. Look out "the train is a commin...........". As for the "c" group, the Watcher foresees Richmond returning to past glory and finishing in the middle of the group and NSU will experience a ballooning of their goals against to the point where they will contemplate packing it in before the season concludes. Mickster will try to kill himself and fail (he can't do anything right)The Watcher can't help it, he just see these things!!!!!!!!!!

Not 2B is the answer.


The Blaze are worried about NK as much as I am of dying of malnutrition. Group B is by far the weakest of the groups.

We asked everybody who's anybody about running into the Train and they all said Thomas was more to worry about. Why would pray about not meeting NK. When are we gonna play you. You'll be out of the cup before we ever have to play you and I don't see a league game happening.