Well, after being graced with the highest level of coaching from the worlds best (i.e. watcher, yomama...) hidden within the confinds of the Div 2 level, I thought it adequate to devote a thread to the training tips and secrets of Div 2 soccer...

this thread should discuss various methodologies used by teams at this level, all for the betterment of the game.

I will begin with your typical NK Hrvat practice.

our once-a-week practice begins at about 6:30 on a pitch that's so dry that a single match would burn the park down. as the first players arrive towards 7ish, a "highly intensive" circle game begins with the youngest players in the middle for the majority of the time (watcher somehow never makes it to the middle).

As 8pm approaches and our predominantly 30 something heart rates rise dangerously close to the 32% of maximum level, we cautiosly break for water before we begin our first of 2 laps around the perimiter of the field. as our mild jog/walk comes to an end, watcher yells for another circle to form and various bouncy stretches are performed and held for 4-6 seconds (total time for streatching: 2.658mins). once stretching is performed, an attempt at sit-ups is made....this ends in a mere attempt 46.43 seconds later.

this moves us to the most technical aspect of our elite training....the scrimmage. yes folks, bibs are distributed and the game is a foot! small nets are placed at either side and 16 touch soccer is played with finess. this fierce element of our training is what makes us a championship team and will ultimately help us win promotion.

Night falls and the practice ends with fast-twitched muscle developing wind sprints that see players reaching excess speeds of mildly jogging. the last burst towards the beer usually results in 3 hammy pulls and a sprained ankle. However, the refreshing and rejuvination that comes once we enjoy the prize of our training (beer) makes the injuries and 4 drops of sweat shed throughout the night well worth it...this is a day in the practice life of the NK train, well on its way to promotion.

Maybe you guys need to dedicate some of your training to spelling classes.
T

considering the repetitious way spelling errors are brought up and painstakingly used as a piss take, they should not, and from now on by me will not, be considered an intelligent comment or pisstake..

back on topic sister

I don't want to give away too much of our (JB's) obviously successful training practices. I will say, though, that we often scrimmage with as many as 24 players (16 of which are not attached to the team and can barely stand on one foot let alone kick a ball to a specific area but for reasons unknown someone has invited out to the practice) packed into an area one-third the size of a regular football pitch. This results in each player receiving at least one touch of the ball throughout the hour long scrimmage. I know it may sound a little strange but maybe, just maybe, it's revolutionary.

When I played for Slovan in the FVSL (Close enough to Div 2) the 5 of us sometimes carried the coaches kids hockey nets from his truck to the far gravel pitch for fitness. We then went 2 v 2 inside the 18 (Which BTW, we carved out with our feet because we didn't have any cones.) while the odd man out had a smoke.

I miss those days.
T

keep the secrets coming....some good ones so far

Our training sessions tend to be held at random times and almost always at a field that is beibg used requiring us to go to a different park. The last 2 sessions I was informed of the practice a total of 8 hours before. That 2 sessions. Needless to say turnout isn't perfect. Last night for instance we had 15 guys who were told of the session a good 4-5 hours in advance. Apres session we roll to pub(wing night!!! ). We proceed to find 3 fellow players who weren't told of practise but had at least saved table for us. Practises tend to consist of some chasing the ball behind the night (ie:shooting) drills and then a 7 a side or so scrimmage. My team usually loses as I am a lazy bastard but it is good fun.
V

a little strange but maybe, just maybe, it's revolutionary
Click to expand...

Here is our (Chumplain Heights) revolutionary training method.
Actually, this is the only way I can get the guys to run.
We find the youngest and most eager player and do the following.
We call this donkey traning as it resembles the Carrot infornt of the donkey theory...and some of the guys on the team look like donkeys
T

Classic Vinnie...just what we need, a visual that brings div 2 training into full perspective. just think of how much the division will improve if we begin to impliment the secrets shared here
A

The CMEN method employs a combination of all the above but begins with the ceremonial passing of the peese pipe for a large contingent of the team which results in the transference of the fantasy that we can play football into some kind of reality. For a while(10 or 15 minutes) there are Beckhams and DelPieros everywhere until finally everyone is sufficiently shagged that some space is allowed and a few passes are made(not just attempted). This is followed by copious amounts of natural painkillers(malt and hops) and more peese pipe to restore the football fantasy.(always with a large contingent of players not actually on the team) I am very glad that we are not alone!!
T

our team shares a similar fasntasy: that we can actually play football, except, for the most part we require no natural hallucinagenics as we are already delusional and have the distorted assumption that we are great...ahh, to dream a dream that would somehow be real
A

I suppose if we could achieve a natural state of delusion then we would have more $ for beer! Or equipment- but I’m not used to kicking a real football or playing on a real pitch for that matter!

kurgan (6'3, 265) calling him back saying 'fitness is over-rated' and deciding that the team has no touch.

We then proceed to do drills that work great with the U-6 and U-8 crowd. (Alas, no frozen tag last session...) then tsquare claims 'fcuk it, let's scrimage'.

4 or 5-a-side until either dark or injuries decimate us. Then an animated discussion over why we never have enough (any?) pints postgame. bandcamp claims 'a rookie should step up!'

Finally, we start counting and realize we only have eight players fit for the game on Sunday and slink off home.

I am insulted that you included my name in your previous post, and then proceeded to outline such a sorry looking practice. Although I don't mind whatsoever participating in one of our "usual" practices, please don't assume that I have any role in organizing them.

Did you notice the absence of the circle drill at yesterday's practice? It gave us a half hour to work on something else! 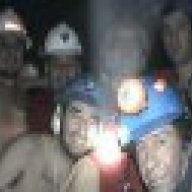 Working on something else?

The "something else" we worked on was taking shots on a goalie from 10 feet away.Next time just tie my arms to the crossbar and legs to the posts (just kidding).This is the funniest thread I have read yet! 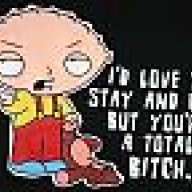 Hey guys what to hell!At least we are doing some thing and i am sure there are teams who are doing worse than us.Any way YOMAMA the practice was good man as always.If people want a better practice then take the BALL and go some where like me and Goran do.I am not happy with my self so i go indoor and also practice my free kicks when i have time like tomorrow or some thing.
T

my bad yomama...you do run a bette practice than watcher...yesterday rocked man. i threw a couple of names in for variety
N

Seriously though, you guys train?


The Knights haven't trained in at least 6 or 7 years. Our average age is 35/37 this year. In the last 4 years of division two, the worst we've finished is 4th of 8 or 10 (depending on the year). last year was 3rd of 10 teams and we RARELY had more than 5 guys for a scrimmage once a week at Sportstown.

Who said any of us "TRAINED"

My question to you all is:

Under what circumstances should a div.2 player train in the rain?
Show hidden low quality content