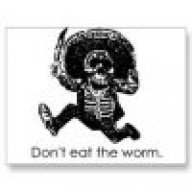 That's the biggest joke ever. How can you substitute a so call Playoff Games with a tournament like that?. I dunno what turn you guys on, but to me is a big NO NO.

If the league doesn't wanna take the time to organize something good why bother with that $#!t?. You can't even get into the game cause you have to sub yourself so quick... if you don't Saint Peter forgive you. Don't get to hear the end of it. And it doesnt even start until April!!!. By then I will be 15 pounds overweight... on top of the 12 pounds I already am.

Boycott (SP?) I say we should all show up at the fields with coolers full of beer and have a big BBQ. that could also be a fundraiser for the upcoming season. Bring the wife (If you need a designated driver that is)... I think that will be more fun than playing that crappy game of 7 aside, what a joke!

I agree...last year was a complete waste of time. Why they put in the effort for that garbage, I have no idea. Didn't they get enough feedback telling them how much it sucked last season?

The playoffs used to mean something, for all the teams (except the Rangers, who had qualified for Provincials and didn't want to risk card trouble). Every team took it seriously, and even though the rewards were only cash and bragging rights, there was still pride. The games were battles- hard fought...you had to pay a price to win.

The Highlanders aren't exactly made for 7 a-side soccer. I'm not sure that there are enough heart defribillator units in Surrey to meet our team's needs during such a tourney. Sean McGill is probably throwing up already just with the notion of it. Fortunately, we don't intend to be involved as we'll be busy in the Pak Cup final.

It's a joke! We won't be participating in it either.
B

What a load of Crap

This 7 a side shite has got to stop. I can almost say for sure that our teams might not participate. Boycott sounds like the best solution. Or how about every team that doesn't want to play, participate in a different playoff tourney. Would be great to take the top three finishers in each div battle it out in a 12 team tourney. hmmm ????

Re: What a load of Crap

Originally posted by Big T
Would be great to take the top three finishers in each div battle it out in a 12 team tourney
Click to expand...

Hoping to finish 3rd? Still have to beat the Mighty Tigers T . Don't look to far ahead.

I do agree that the 7 aside does suck. After a long season, this is not how you want to finish. A boycott sounds like a great idea, if you can get everybody on the same page. You have my support.

Just got the e-mail:
The FVSL plans to hold a seven-a-side tournament again this year on April 5 at Newton. Should be the same format as last year. Open to all teams, first come first served. Entries will be limited according to the number of fields and times available. No cost to enter. Reply to sender if interested by March 19, 2003.


The boycott should start now

Would be great to take the top three finishers in each div battle it out in a 12 team tourney.
Click to expand...

Teams would need to keep the same roster, and prove the player is registered for the current season (use the FVSL ID Cards). Otherwise, teams would have their full rosters available, with the exception of Players suspended by BCSA. Kind of like Regs TTP Champions league.

You should run it T, and ask "Next-to-God" to make NAP available for the April 7-13th (make use of light fields in the area for night games during the week, leading up to the weekend).

Could be an exceptional tourney!

Amazing, see how easy it is to come up with something "really good" when you use your noodle alittle bit!. It's all about wanting to do something good for soccer and the players in general. that tournament sounds great. Too bad the Royals couldn't make it. But for the upcoming seasons will be a tournament to really look forward to it.
B

I had a meeting with our management and they are going to boycott the 7 aside. However we are not ready to plan a tourney due to other commitments that some of our management have. I would love to this but at this time I can't. I can say that our team will participate, so if there is anyone else that is willing and able then please step up.

Coach - I heard that you were interested in doing some thing like this, any thoughts or comments ??

Need new ideas from the top...

What has the FVSL come to? The 7 aside tournament last season could not have been considered a success. What are they thinking?

Is there any team out there that is going to enter this? The Hotspurs had a meeting last night, and decided to boycott the "playoffs" this year. They also wanted to send a strongly worded NO to the league.
I realize that it is to late to make any changes for this year, but all teams need to come together and get this changed...
This is not how the season should end, even the summer beer leagues have better playoff systems.

It isn't too late to change it and set something up. There is still over a month to go. The fields are already booked. It wouldn't be hard at all. The fact of the matter is, is the guys in charge don't listen to anything the member teams say. They do what they want.

A tournament with the top two from each division would be a good idea(someone mentioned that earlier)or they should go back to the playoff format. Top four in each division make the playoffs and play over the weekend. 1 vs. 4, and 2 vs. 3 with the winners playing a final. Simple, easy and much better then a gay seven aside thing that no one wants to play in.

Just one man with no enemies thoughts.

The problem is that we need someone (TheRob) to unite everyone, and have them get on the same page. We need to find someone that has no enemies (TheRob), to lead the charge.

The idea is a good one TR, but the question is, what is the best way to make the Heads listen...

Best way: do it with of without permission. Create your own tourney.

Canvas all the teams, with the exception of the Premier teams. Throw out the idea of an “open” format (like the Labor Day Burnaby Canadians Tourney), top four teams each division automatically qualify, and they have the option of turning down the “invite”. The next team down in the division then gets the invite. That makes 20 teams (Div 4 would have 4 teams for both sides, and U-21 4 teams), 4 groups of 5 teams. Have all the groups seeded (i.e.: each group will have one team from each division). Have each team in each group play each other once, using the FIFA points award system for wins & ties. Set up rules for tiebreakers. From there, single game knockout. The most the two finalists would end up playing is 6 games each.

This could conceivably happen over the course of two weeks, with the use of nite fields.

Some may say that this is too close to the President’s Cup, but it isn’t, really. With this format, it leaves it less open to “upsets” in the early round. Teams can have one bad one, but they have four more games to get the points back. By holding it in a tight time frame, it really emphasizes having a fit team and full roster, just like a real tournament.

In effect, the best overall teams should be in the finals. No flukes.

Finally, we could have a big carved block of Span in TheRob’s likeness as the trophy.

Sounds good. Your in charge...

No problem...Poco City Soccer funds it.

That will be the only problem with the tournament idea, finding someone to fund it.

Finally, we could have a big carved block of Span in TheRob’s likeness as the trophy.
Click to expand...

Of course, that should read big carved block of Spam.

No comments, cnut. You know who you are.

Personally I don't like the huge tourney idea. It'll take to long, and basically is, as Dude pointed out, the Presidents Cup.

Top four from each division. Play at Newton, Cloverdale, Townsend, Albion, or South Surrey. Semi Finals on Saturday, and a Division final on Sunday. Easy peasy.

Finally, we could have a big carved block of Spam in TheRob’s likeness as the trophy.
Click to expand...

That would rank right up there with the beautiful trophies in sport. Much like Lord Stanleys Cup, The Vanderbuilt Cup, and the Coupe De Monde. Beautiful.

Big tourney = same # of games, but better championship. Not like President's at all.