Regs said:
This is a poor performance.

Can't believe some of these guys get paid to play footie.
Click to expand...

So you thought they were shite. Interesting they would be shite on a day that Teibert and Cavallini did not play. Or maybe there are players much worse on the team?

From the comments section...

"Rumor has it he likes pork missles to much"

for 70 minutes last night, the Caps played - some shambolic clearances aside - very well.

Gauld had the armband, was easily the best player on the field, and had an energy and determination frankly I've never seen out of him - as good as he's been. He found another level in a match that his team clearly needed to win.

And then Teibert came on, and liberated the armband from Gauld. The latter quite visibly sagged at that point, effectively becoming a pedestrian in a match that was not yet seen out. 2-0 became 2-1, and, truth told, would have ended a draw if Zardes didn't channel Bobabduzzi's finishing ability from inside the six. The former alternated between de facto centerback and golden retriever.

They're instantly a man down when Teibert is on the field. He is a master of furiously arriving somewhere he needed to be a second or two earlier. Looks great to the casual fan, but in reality it's useless against any opponent that can actually move the ball. Sure, coming on in the 70th when the other team is pressing is a difficult ask, but for $500k it's not to much to ask that he help. He didn't.

This off-season, Gauld needs to be given the armband, and Teibert needs to be shipped the fcuk out. Last night was as clear a picture as ever that his presence is holding this franchise back...

There was a lot to like in that first half, easily the best starting lineup to date in a couple of years I'd say (not sold on the back 3 nor Hassal though). I thought the way they were playing was great.

Not talked about too much but Berhalter was a difference maker for the rest to do their thing.

Nerwinski and RT need to quietly go away.

Not a fan of Raposo either but at least he can provide some depth off the bench.

Of course now that the next match is a quick turn around on the road, we are going to get the worst starting lineup because modern players are pussies and Sartini fcuks around too much buying into it.
M

Yeah I trust Bernie Madoff about as much as I trust Hasal's hands... and he reacted after the ball had gone into touch on one of Colorado's early shots... how they decide that not replacing a GK who clearly kept them in half their games last year by standing on his head is beyond me...

Nerwinski is better on his true side. It's not easy playing the off side as a fullback; some guys can but some just can't. The marking vision and tackling angles are different, for starts. But... if Brown isn't going to develop further that position could use an upgrade.

Three at the back works when your three are Vermaelen, Vertonghen, and Kompany - and all three are in their prime. This group... yeah.

3 at the back also works with Reed, Mastromonaco, and Regnier.

Somehow this fcuking disaster of a club still has a sniff after almost all results yesterday fell their way.

And LAFC just scored in the 96th minute to down Portland 2-1 for another Caps-friendly result.

Welcome to everyone gets a ribbon North America sports

Win and they're in. Says all you need to know about the current state of MLS quality.

Fak.....
Looks like wife is cooking the Turkey on her 40th Sunday

akslop said:
Fak.....
Looks like wife is cooking the Turkey on her 40th Sunday

So she'll want you well away from the kitchen in order for her to focus on that... that's how that works, right? 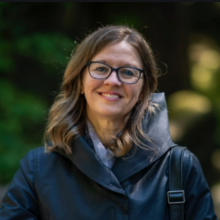 I just read something about that but the article included a statement from kerfoot saying their accountant retired who normally made sure they were compliant and he/they never replaced that person.