This is a tire fire of epic proportions. That presser is going to be a whole semester worth of a communications degree at post-secondary institutions for years to come.

Who is representing / advising the players? I mean, for most of us here, we all know the CSA and soccer in Canada in general at all levels is a dysfunctional mess but holy hell, why would you take such a public wokeness stand? The "demands" are all over the fcuking shop.

akslop said:
This just in presser delayed Because CSA set to announce friendly with Russia
Click to expand...

It needs to be said this is an underrated post.

I’ve run into this in my work place. Union environment. For years workers “negotiating” vs city lawyers. Guys bitching that we shouldn’t be paying for lawyers, it’s a waste of money. That’s what I want, a garbage truck driver and a librarian negotiating demands against lawyers.

You really need proper educated professionals in place to advise or it’s a bunch of guys yelling, more money “yah” , more sick time “yah”. if you don’t know the ins and outs, as Gurps said, it’s just guys saying there is 10 million and we want this and that. Where exactly is the money being alllocated. Are the demands even mildly realistic based on the current situation. Hopefully they are being advised well as it seems like a mess.

The good Dr. Nick has a response to that.

That contract with the csb is really the missing piece of info here. Really interested to see how that contract is set up...

My concern is that the players are not being advised. They all have agents, but none of those agents represent the players collectively (and it would be difficult for them to due to the inherent potential for conflicts without a complex retainer).

There are some smart guys on with CMNT, no doubt, but at the end of the days these guys are soccer players and that is their expertise.

Rick Westhead report that there is expected to be a release from CSA later saying that "progress" has been made.

Certainly the stakes for not playing Thursday are much higher than not having played on Sunday.

Of course its Vancouver that gets screwed though. Hopefully people still go support the team against Curacao, notwithstanding the ticket prices, but its tough to blame anyone for not going. We went from having 55,000+ for a game that was surely to be a sellout and a cracking atmosphere against Iran to this mess and it seems likely to be punctuated by a game at BC Place with just a handful more in the stands than are currently attending Whitecaps matches...

The team will not be playing in Canada again this year and then who knows when we might get to see them in Vancouver after that. The March window has them in Curacao before hosting Honduras which figures to be a Toronto/eastern game given the travel to the Caribbean and the European based players being in mid-season...

After that it is the Nations League finals (which you would hope Canada would be involved with, although they are not exactly setting up for a strong opening here this week...) and then Gold Cup.
M

The US women got their asses handed to them in court - for being offered two different options, signing on for one, and then turning around and suing for both: 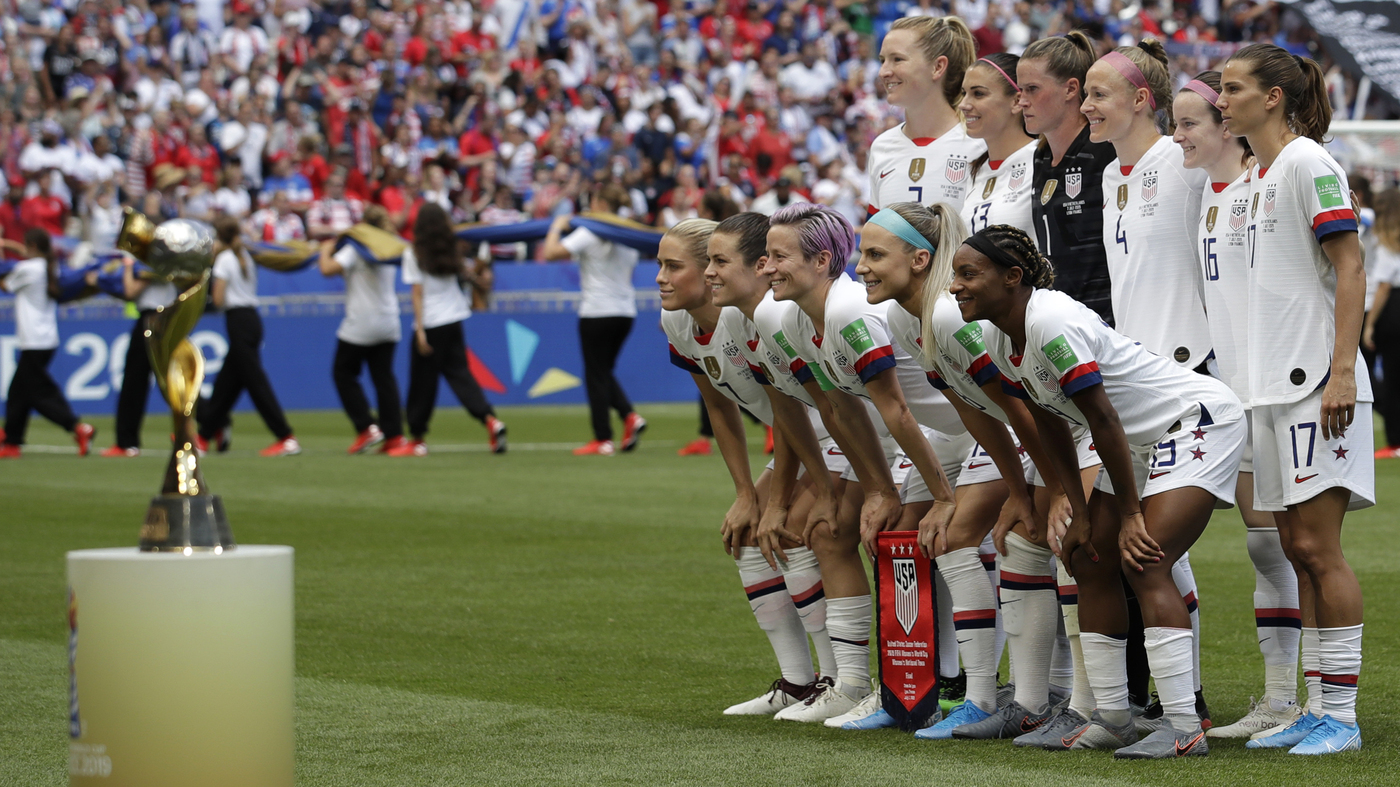 A spokesperson for the U.S. Women's National Team says they'll appeal in their quest to receive compensation on par with the men's team. Other claims in the lawsuit will go to trial.

The pay "equity" drives me bonkers - especially because the proponents are often so vague about what they're really after. They want to be paid the same as the men, full stop. Well, no. You don't generate anywhere near the same amount of revenue as the men, so why would you get the same cake? The same percentage of your revenue as the men get for theirs is the obviously fair approach. On that point, the men have it right and the women, as usual, are out to lunch. Don't like it? Find a way to grow your game and your revenues. There's a reason why WNBA players don't make nearly as much as their NBA counterparts.

Frankly the more this drags the more disgusted I get with both sides. The players are showing remarkable hubris to expect to be able to call the shots over anything other than their own compensation. The CSA says the players demands would bankrupt them but hasn't offered a scintilla of evidence that this is the case - at least publicly.

So far they've screwed Iran (who is probably targeting the US as the opponent they need a result against to go through, and would have wanted a CONCACAF friendly), and really screwed Panama who did them the courtesy of bailing them out of their own idiocy. Why would anyone take a friendly with Canada going forward? And chances are they're going to screw Curacao, which will land the whole mess back in Vic's lap which apparently is some poetic justice.

At this point, I wouldn't shed a tear if FIFA kicked them out of the WC. Bet there's a deal tommorrow if there's even a hint of that being considered...
M

What he said. Spot on.

mtkb said:
And chances are they're going to screw Curacao, which will land the whole mess back in Vic's lap which apparently is some poetic justice.
Click to expand...

Pretty sure handing Curacao a default win is the opposite of screwing them.
F

Almost every national team that qualifies for World Cup goes through a similar negotiating pain with their football association and, at the end, the deal is always made. But, to cancel actually a game against an opponent that did you a favour when they agreed to travel from Panama to play on June 5th after such a short notice and then to disappoint fans who were coming to BC Place from all over BC is an absolute BS! This one is on players! They should be ashamed of what they have done.

Let's not forget a fiasco re cancelled game vs Iran. This one is on CSA! To satisfy a political agenda of a few, CSA made upset over 50,000 people who already purchased tickets to watch that game. Where is the logic?
M

dezza said:
Pretty sure handing Curacao a default win is the opposite of screwing them.
Click to expand...

sure, but still shabby to not get a match in...

This stat needs an Asterix. 2 games didn't happen while only trying to play 1. Is that 0/2 or 0/1? Not a great start to what should be a very exciting time in Canadian Soccer.

Players are training this afternoon.

They released another statement saying still no deal, but that they were moving forward.

Surely they know the fallout for not playing an official CONCACAF match vs. Curacao would be catastrophic. Have to think they will play Thursday but who knows... 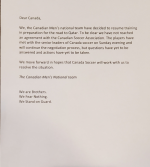 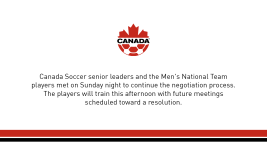 Could be worse I guess? 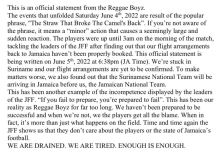 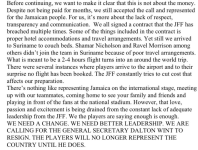 I'm not prepared to pass judgement on that until I've heard what the Jamaican Womens' National Team has to say...
L

I heard on TSN last night that the players also want tickets, flights, accommodation and meals for their friends and family when they go to Qatar.