too much of a leap

I am hoping we are in for a run of tall Dutch and German rejects, as opposed to the last long run of Latino rejects. Sprinkled in with a certain Canadian striker currently rippling the onion bag in Mexico. That should bring us from terrible into mediocre in a solid 6-12 months, maybe.
M 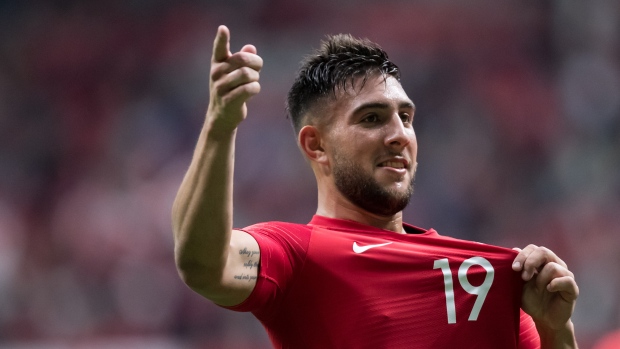 The Vancouver Whitecaps have signed Canadian striker Lucas Cavallini to a three-year contract with an option for a fourth season.

hope they have some money left over for a new midfield; Cristiano Rinaldo would be starved for service with their current roster... at least they're spending on some legitimate talent, however...

Fcuk that came out of nowhere, how did they keep that under wraps for so long?

100% agree. A bunch of key pieces need to be brought in. Legit #10 would be ideal, but I'd say a couple of dynamic wingers as well. A better right back would be nice, too. Nerwinski is terrible.

That's 4 key pieces, in addition to Cavallini. Yeah, I don't see it happening either.

Want to be happy about this, but I am torn. Is it good for a 26 year old Canadian in the prime of his career to be leaving Liga MX to come to MLS? Does this say he couldn't cut it at a higher level?

I guess there are more and more decent players coming to MLS, i just hope this isn't a step backwards for the kid...

If we surround him w/ good players, could be very good for him. If not, see the line-up of players that have come here- not named Davies- and had their careers sidelined due to penny pinching measures.

Canucks4Ever said:
Want to be happy about this, but I am torn. Is it good for a 26 year old Canadian in the prime of his career to be leaving Liga MX to come to MLS? Does this say he couldn't cut it at a higher level?

I guess there are more and more decent players coming to MLS, i just hope this isn't a step backwards for the kid...
Click to expand...

Haven't seen it officially, but heard LigaMX put in new rules regarding caps on the number of foreign players per team, so Cavallini may have been a victim of that.

Maybe family pressures as well. Probably has a hot little Mexican or Uruguayan missus who wants her Canadian Citizenship? Are there any photos of her? Purely for research purposes, of course.

Dude said:
Maybe family pressures as well. Probably has a hot little Mexican or Uruguayan missus who wants her Canadian Citizenship? Are there any photos of her? Purely for research purposes, of course.
Click to expand...

Dude said:
Maybe family pressures as well. Probably has a hot little Mexican or Uruguayan missus who wants her Canadian Citizenship? Are there any photos of her? Purely for research purposes, of course.
Click to expand...

Cant wait all day for @Yoda 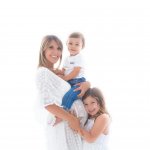 @Yoda takes challenges to the next level... cheap bastards need not apply

Yeah, same ones I found, they didn’t really fit my challenge accepted “criteria” so I’m still on the hunt

VANCOUVER, BC – Following an extensive international search, Vancouver Whitecaps FC announced on Tuesday that Mark Pannes has been hired as the club’s chief executive officer. Reporting to ownership, Pannes will oversee all business aspects of the club. Highlights of Pannes’ global sports

I don't know how to do a poll, but if I did, the three questions would be:

I'd like to select #3, but the truth is I still find myself caring, despite my attempts to turn off from the club. So, I'm going to take #1...

Firstly, addition by subtraction. They removed Bobo from the role as President, which was way, way overdue. It's interesting that they don't show anyone now with the title of President, but one can only assume the pointy end of the spear after the ownership group is Pannes.

Reconstructing the FO is something that I think all of us here in what I'd call the more educated fan base has been demanding forever. They still show Rachel Lewis and Greg Anderson (and Bobo as "Club Liason", whatever that is supposed to be), but I'm hoping this means that they have a lot less pull on the soccer operations side.

I'd never heard of Mark Pannes, but his resume is impressive and to the level that I'd have hoped they'd source out. I can't imagine he came cheap, and I'm sure the allure of living in Vancouver played in, as well as, possibly, having a very blank canvas to work with.

I am going to reserve my enthusiasm for now. I am very intrigued to see the tangible changes Pannes and Schuster bring about in the club, because I think the on-field product will still take a while. Mostly, I'm interested in seeing what they do to improve the feeder system, from the development team down. I want to see what the club will do to better develop the players and prepare them for professional careers, either with the first team or beyond. I see this a potential very big revenue stream and thus very important for the health of the club. Secondly, obviously and more immediately, I want to see their approach to improving the 1st team. God help us if Cavallini is the only big splash this season.

Lastly, I'm eager to see how the drama plays out with DeSantos. He now has two powerful men on the executive side that have authority over him. Simply put, the pressure to win now is high, whatever rope he had last season is surely down to dental floss. I like him, would like to see him succeed, but if these guys deem him as expendable and bring in their own man, so be it.
F

Mark Pannes is, in essence, a marketing guy. His resume clearly points to marketing as his main area of expertise. Hopefully he will bring some ideas that will remove those drapes from the stadium (meaning getting more fans into the stadium which can be done only if some serious changes are made at all levels of the club) and getting rid of current "intimate atmosphere" because Whitecaps need to offer a lot more than just that "intimate atmosphere".
He needs to convince owners to spend top dollars then pray to God that Alex Schuster is convincing enough with his story to actually bring well known players to play here on artificial turf.

Neither Pannes or Schuster will be able to do anything unless the owners start spending some serious money. For some reason I can't see that really happening but I hope I am wrong.
F

I wonder if either Axle or Alex will be able to do anything about the turf?
Show hidden low quality content