I wouldn't be surprised. He made some very good money in his career, and is now trying to move as far away from Triathlon as possible. Has raced in some weird, obscure events over the past few years to keep juices flowing, and at heart is simply a work-out freak that needs a touch of competition.

Correct. He's in for the skills competion portion of allstar weekend. I think he is entered in the Scottish mile speed walk
Reactions: Regs

Not Yet Past It Result:
VISL 3-2 FVSL PKs
Reactions: Dude, machel and Rangerforever 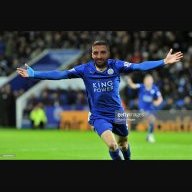 That, or the Bard & Banker or the Sticky Wicket were en fuego...
Reactions: Dude

whistle blower said:
All Star team had to stay overnight in Victoria due to ferry cancelations
Click to expand...

Who’s pocket did that come out of?
Reactions: BCSoccerWankerOuter

RFs, specifically the change that falls out of his pocket and gets stuck between the cushions. They then went and bought their own boat with money left over.

I could see RF, KNVB and TM on a paddle boat together. You’re the best...no you’re the best..no you. Oh stop.
Reactions: knvb, canucklehead, Dude and 2 others 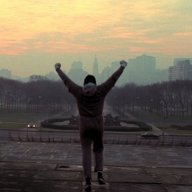 whistle blower said:
All Star team had to stay overnight in Victoria due to ferry cancelations
Click to expand...

Not if you were among those lucky enough to catch the 9am Sunday ferry lol
Reactions: Rangerforever
U

YoAdrian said:
Not if you were among those lucky enough to catch the 9am Sunday ferry lol
Click to expand...

I wonder how many marriages are now in limbo as a result???

Absolute cluster of a weekend for a 4 hour piss up with the boys. I did get to watch @YoAdrian go a impressive 0 fer 232 at the wicket, so at least I had that in trade for the two days and 12+ hours waiting at ferry terminals.

Masters were down 2 inside 15 minutes but stormed back (don't say storm) with 3 in the remaining 30 to be 3-2 at half and had to grind for the win from there. VISL Masters are a great bunch every year. Awesome guys.

Open game was a great watch. The Island was for the taking but I think the 10 hour travel and waiting around leading up had us chasing for most of the first half. The only time @YoAdrian scored all weekend was early in the second half and I think it was old man Jon Craig with a header in the 85+ mark to tie. 3 saves for the big GK from Cowichan sealed the night for the young'ns. Well, that, and couple dozen pints.

The kid is plucky, maybe next time someone can help a brother out and procure him some stilts to help his chances.

Good chain on the outside?

I am so done with auto-correct.