Last year, we started this thread with news of the Sportstown/Firemen merger so let's start off this year with a bit of an old rumour I heard last month of Firemen buying out Sportstown's share of the squad... I've heard it from a couple of different sources so it must be true

Has the Inter exodus started yet to the Capitals?

ShowTime is the new Asst. Coach with Sporting, I am sure he will whip any and all of the Keepers into shape at that Camp.
Heard that some of the Indo boys could be on the move to a few different Premier teams.
How about Clan, are they staying together or is that team going to split up and where are those players going?

From what I've heard Coach Cooper is no longer the coach of Clan. That could just be for the summer though my ASS for that, isn't the best. Actually it's down right dumpy. Other rumors are both Gata's are at Burn now along with a possible Benji sighting.

Theres been a few Khalsa sighting in Surrey. Shock I know... Khalsa in Surrey, but this time I'm talking about soccer players.

knvb said:
Other rumors are both GaI ta's are at Burn now along with a possible Benji sighting.
Click to expand... 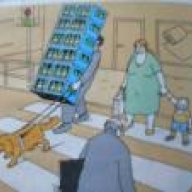 That's interesting as I think if Peg didn't win provincials this year, many of the North Shore contingent on Peg were also going there...

Johannesburg. A South African soccer referee shot dead a coach who questioned one of his rulings, police said yesterday.
Grahamstown police said a fight broke out after the referee gave a yellow card to a player in a Saturday match. "there was an altercation...and the referee became threatened when the other team approached himbecause they were angry. So he pulled out a gun and killed the coach of the visitor team."
The coach died on the pitch, and the referee fled, police said.Reuters


Hmmmmm Coach Captain Shamrock you better be careful when you coach your women team.

I have a very good and reliable ASS

DCR and Trollers, are amalgamating, and will be called North Shore Football Club. DCR will be the cat team for the Trollers, and DCR coach will run the Premier team

Hmmmmm Coach Captain Shamrock you better be careful when you coach your women team.
Click to expand...

cside17 said:
DCR and Trollers, are amalgamating, and will be called North Shore Football Club. DCR will be the cat team for the Trollers, and DCR coach will run the Premier team
Click to expand...

Great idea to make one very strong team out of two solid teams. A few questions, where is the home park, Ambleside or that nice DeepCove pitch? There is a little geography problem with both teams on opposite ends of the Shore.
Second, does DeepCove give up their 1st Div. spot when moving to the CAT or do they sell it, or are they having a CAT and a !st Div. team. It is a great idea, and I am sure you will see some of the NorthShore based Peg players move over after the Nationals (if Peg locates to Newton) and even a few of the stronger Norvan players trying out. Great idea for NorthShore soccer, even better if they play out of Kinsmen.

I wonder if more of the weaker Premier teams could join up with 1st div. sides to become stronger, this is the way that the CAT system was intended, instead on shitt CAT teams made up of very young kids.

Both teams will play at Ambleside Premier at 2pm, followed by cat at 4pm. They automatically moved to Ambleside truf, if parks closed. Not sure what happens to DCR spot, did hear mention of it being sold.
D

Have been hearing rumours that a team called Kurds United (??), playing in the Spanish Summer League this year, have been sniffing around about buying a Div 1 spot or Div 2 spot if that is all that is available.

I am told they have several VMSL Premier players, including some Leopards and also Zico from Temple.

Anyone know anything about this?

Tony Adamson to Trollers
Sal to the Capitals
Matt Judd and some Bevin guy, along with the Trollups keeper (cheatside?) to Inter

Is he any relation to Tommy Adamson, if so, Trollers are going to be looking good up front next year.
Can we call them Trollers anymore, or is it NorthShore Troyals?

does DeepCove give up their 1st Div. spot when moving to the CAT
Click to expand...

Not sure what happens to DCR spot
Click to expand...

I believe there is precedent here. Didn't Bosna or someone last year get a Div.1 spot by virtue of having the next best record in Div.2 (after the three Div.2 winners were promoted)? I don't recall the circumstances regarding why a fourth Div.1 spot became available... anyone?

Trollers are going to be looking good up front next year.
Click to expand...

I thought Kent had a very good season between the pipes last year for the Rovers.

Now if you are taking about the Slurrey Rangers and thier outside back, then you are spot on.

Is he any relation to Tommy Adamson
Click to expand...

Tony, Tommy, whatever... I don't think even he remembers his own name still after the collision with Mastro