It's the life of a back-up goalkeeper. Sitting patiently, always waiting. Just in case. For 17-year-old Ezequiel Carrasco, the chance finally came last Saturday. With York9 FC first-choice 'keeper Nathan Ingham ruled out due to injury, the teenager was handed a start in a 1-1 draw against HFX Wanderers FC and didn't disappoint. A clean sheet would have been an added bonus, but Carrasco was just grateful to have made his professional debut. "It was really eye-opening and an emotional moment," he said of lining up with his teammates before kickoff. "It was like, 'Wow, now I'm here. I've actually made it. I'm playing'. It became too real. It's different being on the bench and being on the field. It kinda hit differently." Being involved in a nationally-televised fixture beamed out across the CBC was the cherry on top. "As soon as they told me, I went off to the side and called my mom", Carrasco recalled. "I told her, 'Mom, I need you to sit in front of the TV on Saturday because I'm gonna be on.' You know, it's something we've all been waiting for. Afterwards, they sent me a picture and it was everyone watching the game. Every person that was there for me from the beginning. I really felt the love and support. I had teachers sending me pictures of them watching me. Even people I didn't even know enjoyed soccer were watching me play - just to support me." RELATED READING: Black Lives Matter - Helpful reading and video resources Carrasco could also count on his teammates. Beforehand, Ingham made a point of reassuring him. Once the game started, Carrasco said it was easy to stay focused with defenders Roger Thompson and Luca Gasparotto in front of him. "Nate gave me a few words and it was nice to have him there with me," Carrasco said. "He told me to concentrate on what I do well, to be calm, that there's a reason why I'm here. Having Luca and Roger was amazing. They had confidence in me, which helped me have a little bit more too. That's the main thing with goalies: having that trust from your team-mates. And making sure your fullbacks know you can play so that they're not afraid to play with you. Because that's where the game starts. That's how we play." But even before a ball was kicked, Carrasco made a statement. As he warmed up, he wore a shirt with a white piece of tape across the back. A powerful message was hand-written on it: 'Justice for Jacob Blake.' "I always said I would use my platform to bring awareness to things that people don't really know about,"Carrasco explained. "For the games I didn't play, I had a sticker that had the name of a frontline worker. So with everything happening in the world right now, there was nothing better than to put that message about Jacob Blake out there. It's something very important to me and my family. "It's not just Black lives. When we say Black Lives Matter, it's Black, Hispanic, every minority community. I'm a minority. It affects us all and it's not how it should be. You have to bring awareness to that and show we don't stand for it". It's an empowering environment to be a part of as a CPL player. "It kinda gives you that liberty to express yourself and give you the confidence to do what I did," he said. "Maybe some players don't want to because of their particular organization. Maybe they need permission and stuff like that. But it's great to have (Kyle Porter), Roger and other guys who are big advocates for this. It's amazing to have these guys supporting me and what I want to put on my back. I appreciate it". 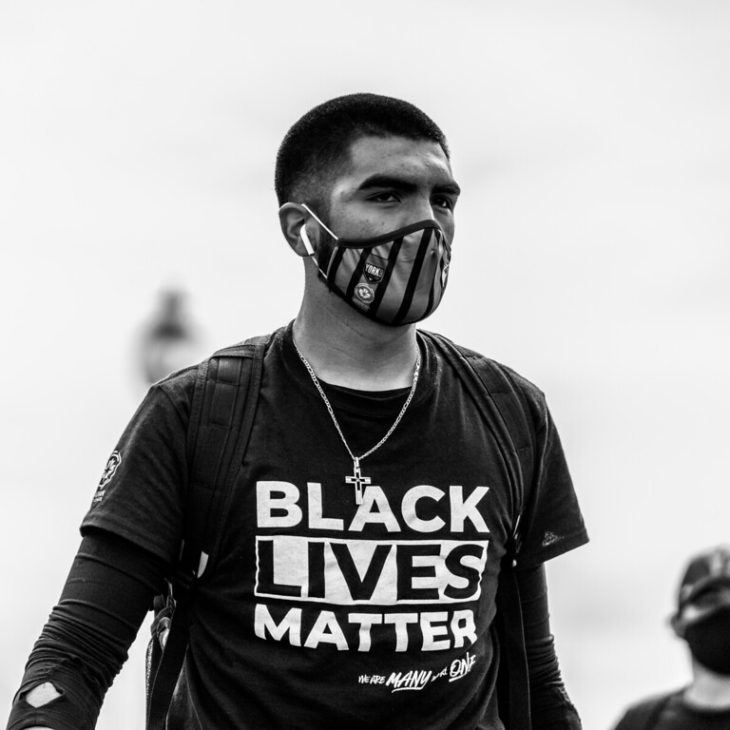