September 6, 2020 The Canadian Premier League today announced the seeding for The Island Games Group Stage, The Group Stage will begin with two matches on Wednesday, September 9 at 1pm ET/2pm AT and at 8pm ET/9pm AT at University of Prince Edward Island (UPEI) Alumni Field in Charlottetown, PEI. Both games will air on the League’s media broadcast partner OneSoccer. Number 2 seed HFX Wanderers will open group stage play against Number 3 Forge FC followed by Number 1 seed Cavalry FC matching up against Number 4, Pacific FC on September 9. At the completion of the 6-match Group Stage the top two clubs will advance to the single match Final and be crowned the 2020 Canadian Premier League Champion. The 2020 Canadian Premier League Champion will be awarded the North Star Shield, advance to the one game 2020 Canadian Championship Final and earn a 2021 CONCACAF League berth. The full schedule can be seen below: 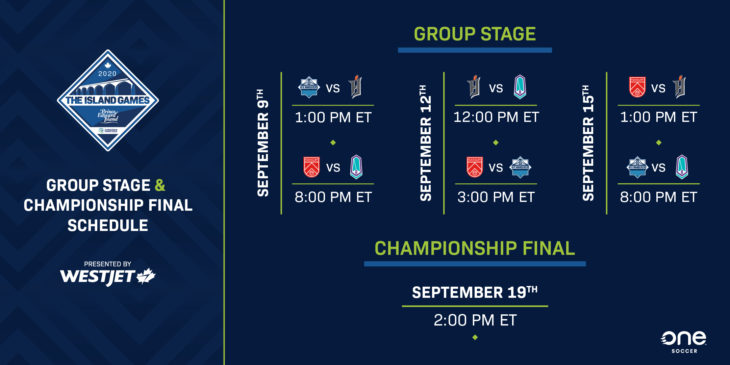