Sean Young will be returning to Pacific FC for the 2023 Canadian Premier League season.

Young recently finished his third season on the Island having joined Pacific FC after being a part of the Vancouver Island Wave program and the Victoria Highlanders. Young has made 66 appearances in all competitions for Pacific during his three years, 29 of which came in the 2022 season. Those 66 appearances put Young in a tie for the second-most in club history along with former captain Jamar Dixon and Josh Heard. 2022 was something of a breakout campaign for Young as he firmly established himself as one of the first-choice options in Pacific's midfield.

Capable of playing in a deeper lying midfield pivot or as one of the more advanced players in a midfield three, Young's dynamism, ball-carrying ability and tough tackling stood out as the Tridents battled in multiple competitions. The 21-year-old even got on the scoresheet last season thanks to his sweet strike against FC Edmonton in Pacific's 3-2 victory over the Eddies in July. 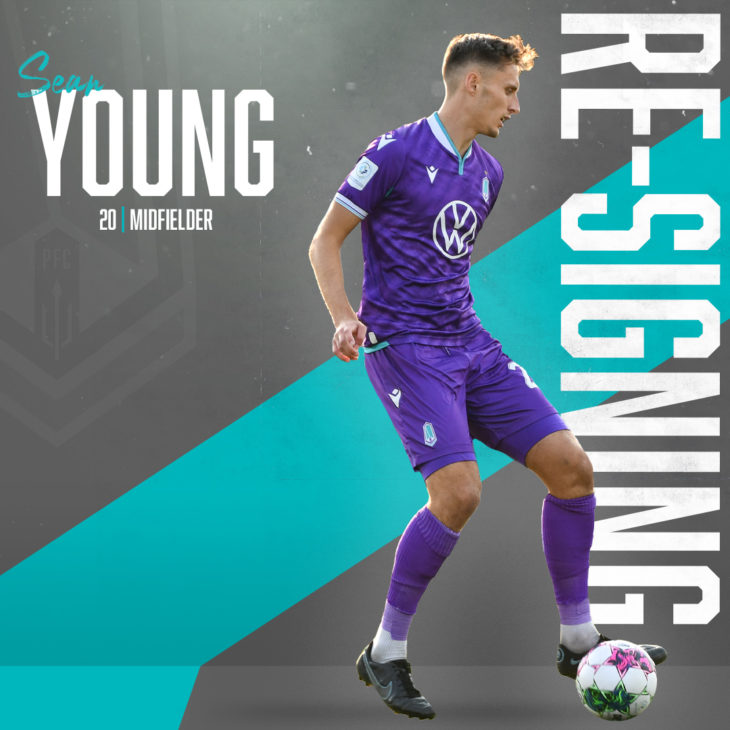