Edmonton, AB (March 25, 2022)– FC Edmonton has signed forward Marcus Simmons for the 2022 season. The 21-year-old, Edmonton product is a former member of FC Edmonton Academy. Last year, Simmons played nine games (five starts) with the University of York Lions, scoring one goal and recorded 11 shots on goal. Simmons played in all three of York’s playoff games, helping the Lions to an OUA silver medal. Prior to transferring to York, Simmons played two seasons with his hometown University of MacEwan Griffins (2018,2019). In 23 games (21 starts), Simmons recorded one goal and three assists during his career as a Griffin. “Marcus was the biggest surprise in our pre-season trial period. He literally got better and better with every week and thoroughly deserves this opportunity to enter professional football,” said FC Edmonton head coach Alan Koch. “His work-rate, mentality and technical level give him the opportunity to compete for playing time immediately.” FC Edmonton will kick the season off at home on Sunday Apr.10 against Valour FC at 2 p.m. MT at Clarke Stadium. 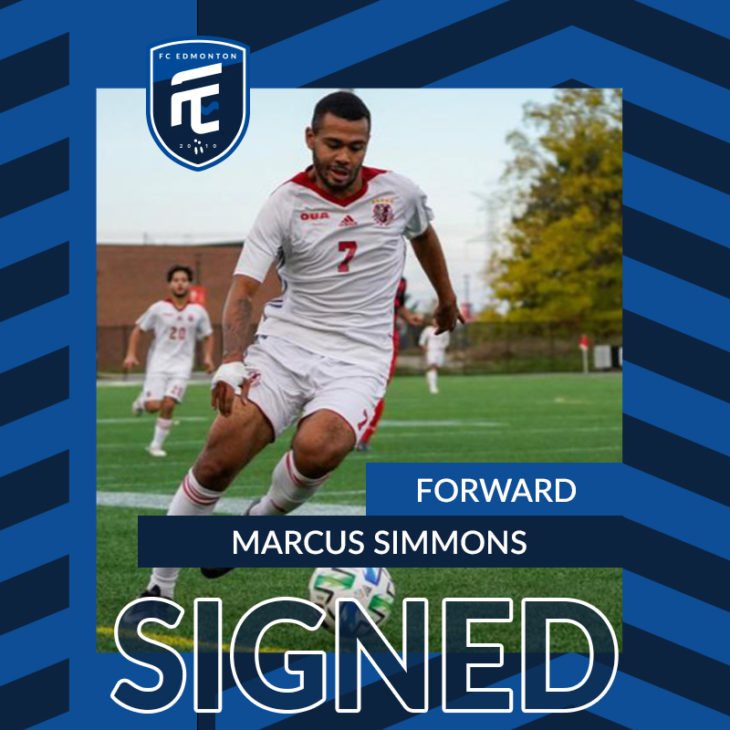