Edmonton, AB (March 24, 2022)– FC Edmonton has confirmed they have acquired goalkeeper Andreas Vaikla on loan from Toronto FC (MLS) today. Vaikla, 25, made 13 appearances for Toronto FC II during the 2021 USL League One regular season, where he made 44 saves and registered two clean sheets. Vaikla originally joined TFC II on May 18, 2021, and made his debut with the Young Reds on May 29 against North Texas SC. Prior to joining the Young Reds, he spent time with Kristiansund BK in Norway, IFK Mariehamn in Finland, IFK Norrköping in Sweden and JK Narva Trans in Estonia. Vaikla’s career in Europe began with the West Bromwich Albion Academy in England in 2013, after playing youth soccer for North Scarborough Soccer Club in Ontario. “Andreas is a big talented goalkeeper who requires first team minutes to continue his progression. We are excited to welcome him into the team and look forward to seeing him embrace the opportunity that he is presented with here in the CPL,” said FC Edmonton head coach Alan Koch. Internationally, Vaikla has three caps with the Estonian senior national team including a clean sheet on his debut in June 2016. He has also represented Estonia at the Under-16, Under-17, Under-19 and Under-21 levels. FC Edmonton will kick the season off at home on Sunday Apr.10 against Valour FC at 2 p.m. MT at Clarke Stadium. 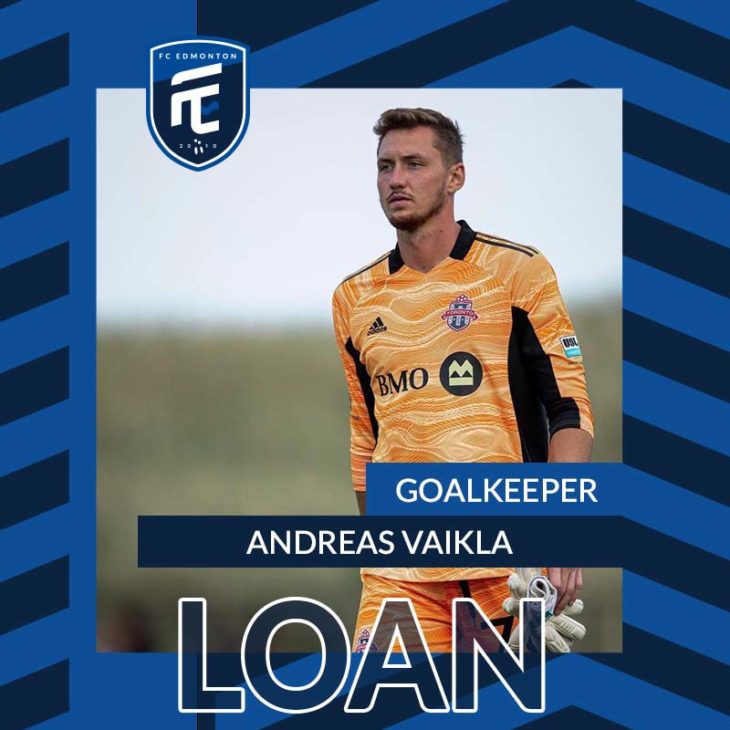