Are you stuck without anything interesting to watch during this period of self-isolation? You're in luck, because you're able to relive Valour FC's victory over Pacific FC on May 1, 2019 (the first regular season victory recorded by any team in CPL history) with a brand new episode of "Forever First." The latest episode of the documentary series, titled "Forever First - First Win," will be posted on the Canadian Premier League's YouTube channel on Wednesday at noon ET. The Canadian Premier League is celebrating its inaugural 2019 campaign with #FOREVERFIRST, a video series that takes viewers through a visually stunning and behind-the-scenes look at the CPL's ‘first’ moments, capturing the Canadian landscape, the pulse of the game and the beauty of Finals 2019. WATCH NOW: Forever First Episode 1: First Full House Using #FOREVERFIRST as its inspiration, the series serves to honour all of the "first" moments and experiences that are now a part of the Canadian Premier League’s legacy. Celebrating diversity, bravery and the pioneering spirit of Canada, this series highlights key first moments from coast to coast. It is proof that professional soccer is now attainable in Canada, inspiring a nation of players and supporters to join the league and encouraging the next generation to do something iconic. Watch "Forever First - First Win" by subscribing to the CPL’s YouTube channel. New episodes in the "Forever First" documentary series will be posted every week on CanPL.ca. 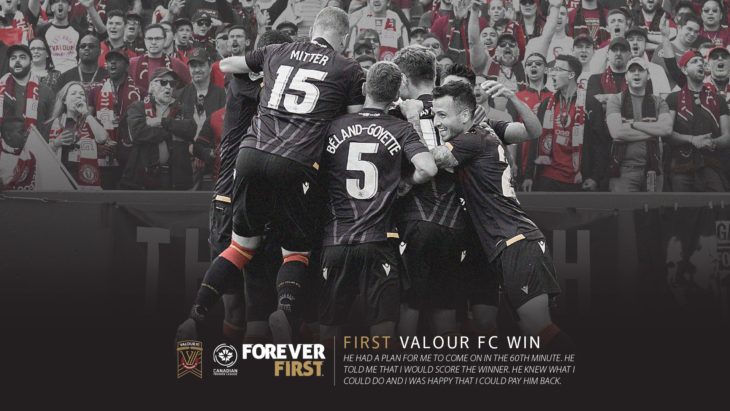