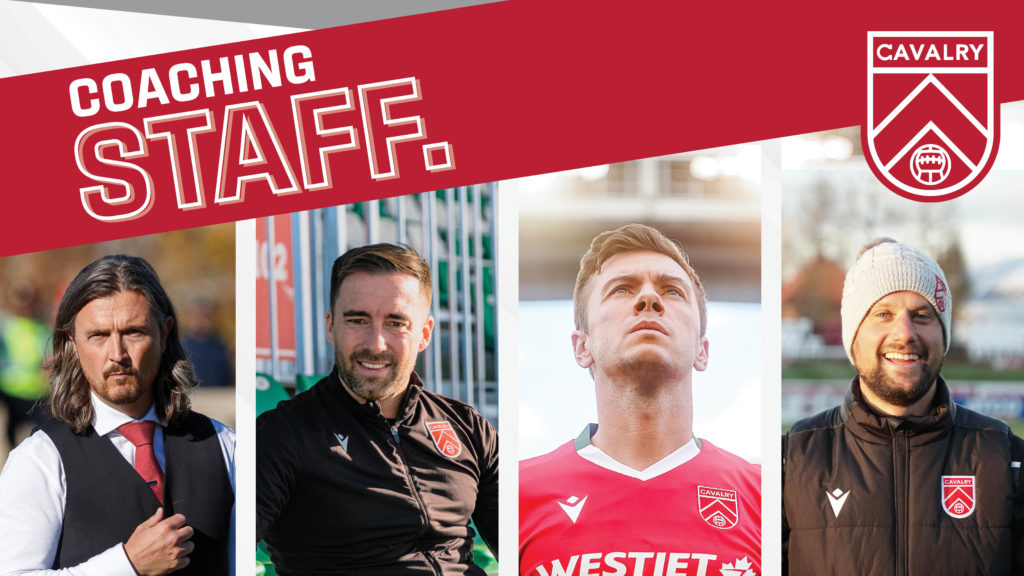 Calgary, AB (February 15, 2022) – Cavalry FC proudly announces updates to the club’s coaching staff heading into the 2022 season. Tommy Wheeldon Jr. returns as the Head Coach and General Manager of Cavalry FC. Head Coach and General Manager Tommy Wheeldon Jr. enters his fourth year in charge of Cavalry FC, posting the highest accumulated regular-season points over the previous three CPL seasons combined. The 2019 CPL Coach of the Year has helped create an exciting, high-energy, and intelligent playing identity for the team that plays out of Spruce Meadows. During his time at the helm, the club has reached the post-season play in all three seasons, including winning the inaugural Spring and Fall regular seasons of 2019, along with being the back-to-back Wildrose Cup holders for the ‘Al Classico’ match-ups versus FC Edmonton. The former Calgary Storm defender now enters his 20th year of living in the city he now calls ‘home’, and continues to be an advocate for the growth of the soccer landscape in Canada. Leon Hapgood (GBR) has taken up the position of First Team Coach and Technical Director. Born in Torquay, England, the former professional player came to Canada in 2007 to team up with Tommy Wheeldon Jr. at Calgary Foothills Soccer Club. The A-Licensed coach assumed the role of Technical Director at the club when Wheeldon Jr. departed to join Cavalry FC in 2018. Since 2019, Hapgood has been a part of the Cavalry FC’s coaching staff as a part-time Assistant Coach. He will be transitioning from his role with Calgary Foothills in order to take up the full-time position with Cavalry FC, replacing the departed Martin Nash. During his time at Calgary Foothills, he has overseen the development of hundreds of players and coaches, most notably current Canadian Internationals Sam Adekugbe, Charlie Trafford, and several of the current Cavalry FC squad. Hapgood is known by his peers as an intelligent, attack-minded coach with an infectious passion and enthusiasm for the game. Nik Ledgerwood (CAN), Cavalry FC’s first-ever signing and recently retired captain, remains with the club as the Assistant Coach and Community Relations Manager. The former Canadian national player has been studying his A-Licence with Canada Soccer in preparation for life after playing. Ledgerwood has been working with Calgary Rangers Soccer Club as an Academy coach as he learns the coaching side of the game. He is passionate about connecting the local soccer community to the professional game, as someone who has experienced this pathway himself. Ledgerwood is stepping into the role that was previously occupied by Leon Hapgood, as the club implements a natural succession plan. As part of his transition into his career after playing, Ledgerwood will also split his time and work in the front office as Community Relations Manager, designed to connect and build relationships with local youth clubs and organizations. Jordan Santiago (CAN) returns to the club for his fourth year as the Goalkeeper Coach. Santiago now enters his 4th year with the club having worked alongside Tommy Wheeldon Jr. since day one of the club’s inception. He is a local Calgarian that came through the Calgary Blizzard Soccer Club before moving overseas to play. He then returned back to his hometown to continue to provide great training and development of the youth goalkeeping community within Calgary, before eventually returning to the professional game with Cavalry FC. Santiago is a crucial part of the club’s coaching staff, and also assists with the defensive set play component of the game.