Cavalry FC announces the return of fan-favourite Karifa Yao (CAN), as well as the addition of Jean-Aniel Assi (CAN), both on loan to the roster for the 2022 season.

Yao played on loan from Montreal FC to Cavalry FC for the 2021 season, striking a chord with fans and his teammates for his reliable presence on the field. He won a total of 38 out of his 67 tackles throughout the regular season, as well as 174 duels won and 74 aerial duels won. Notably, he also scored a goal against Pacific FC in the 2021 CPL Playoffs. Yao is a strong centre-back who always puts in big tackles in the last line of defence, and the club is pleased to have him return to the roster for the upcoming season. “I’m happy to be back, it is a privilege and honour to wear this jersey again and to try to help Cavalry FC achieve great results.” – Karifa Yao, on returning to Cavalry FC 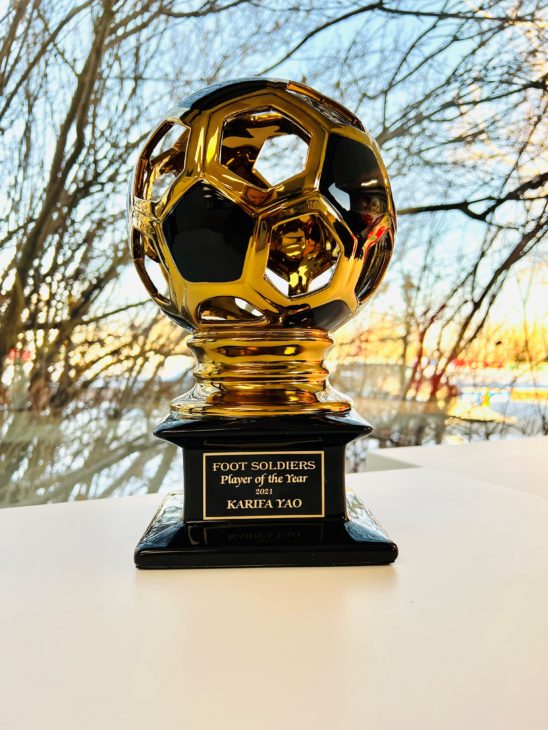 “We are very pleased to welcome Karifa back to Spruce Meadows. As the reigning Footsoldiers 2021 choice for player of the year, he not only won the hearts and minds of our fans but his teammates and coaching staff too with his fierce attitude, comfort with the ball at his feet and reliable defensive play. He brings a great physical presence to our team and has an incredible competitive mentality both on the training pitch and in games.”​

Assi joined the Montreal Impact Academy at the age of 13, and later represented Canada at the 2019 CONCACAF Boys U15 Championship. He signed his first professional contract in 2020 with Montreal FC, and became their youngest player ever to debut for the club on December 15, 2020 in a CONCACAF Champions League match against C.D. Olimpia. The 17-year-old forward player comes to Cavalry FC on loan for the 2022 season. “I am very happy to join Cavalry FC. I’m here to win with my teammates and all the fans in the region. Calgary is a beautiful city with Olympic history. I hope to be able to make an impact this season in the CPL and celebrate a title with the Footsoldiers group.” – Jean-Aniel Assi, on joining Cavalry FC

“Jean-Aniel is a player that has been on our radar for a year or so now through CF Montreal. He is another young Canadian player with high potential that possesses incredible pace, 1v1 attacking ability and a great work rate. He has the versatility to play multiple roles along the flank for us, which is a valuable skillset in our team’s DNA. We are excited to work with him this year and thank CF Montreal for trusting us in his first entry into professional games.”​