Toronto, ON – (September 8, 2020) – Today, the Canadian Premier League (CPL) unveils the 2020 season official league coin. Soccer fans can own a piece of Canadian soccer history by entering the lottery system to purchase 1 of 250 numbered commemorative coins being made available to the general public for sale as a memento to be treasured and to mark the unique 2020 Canadian Premier League season known as The Island Games. The gold coin features the Canadian Premier League logo in colour on a white background on one side and on the flip side the crests of all eight clubs (HFX Wanderers, Forge FC, York9 FC, Valour FC, Cavalry FC, FC Edmonton, Pacific FC including expansion team Atlético Ottawa) and is the same coin used by the referees pre-match during the coin toss ceremony. Two hundred and fifty limited-edition coins will be made available to consumers to purchase via a lottery system that will open on Wednesday, September 9th at 11 AM ET. Anyone interested in purchasing one of these coins through the lottery system will be required to register with a credit card at canpl.ca/coin-lottery or through the Centre Circle App, the official app of the Canadian Premier League. The lottery will close on September 11th at 11 AM ET. Winners will be randomly drawn and contacted within 48 hours of the lottery closing and their payment will be processed in that time. The lottery is limited to one entry per person. The Canadian Premier League 2020 Coin will retail for $39.99 CAD and will include free shipping. Download the app: http://onelink.to/gu8c97 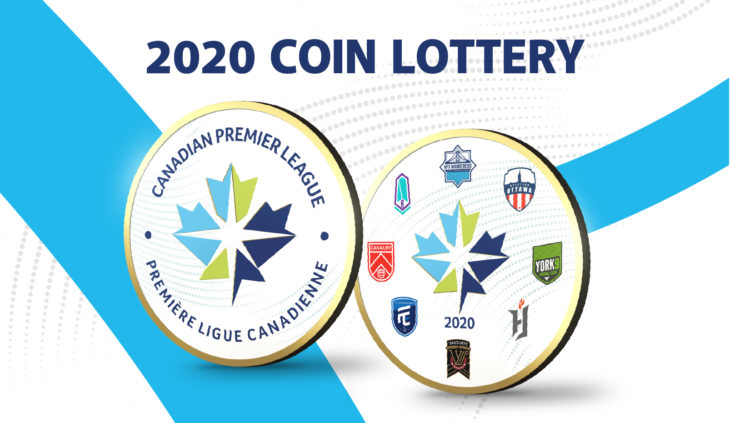 There are no comments to display.
You must log in or register to reply here.