Canadian Premier League Announces Fan Awards Winners Thousands of Fans and Supporters from Coast-to-Coast Voted for their Favourite Toronto, ON (December 16, 2019) – The Canadian Premier League announced today the CPL Fan Awards winners. From Monday December 2 until Sunday December 15, 2019, fans had the chance to vote for their favourite players and plays while entering to win prizes though the Fan Awards nominees web page. Winners for awards based on fan voting across all CPL digital platforms (website, social channels and Centre Circle App) are as follows:
BEST GOAL OF THE YEAR

Marco Carducci of Cavalry FC “It was an honour for Allstate to be part of the Canadian Premier League’s inaugural year and show our commitment in supporting professional soccer in Canada with a league For Canadians, By Canadians,” says Marcelo Regen, Vice President, Allstate Brand Innovation & Chief Customer Officer. “On behalf of Allstate, we are honoured to recognize Marco Carducci of Cavalry FC with the 2019 Allstate Good Hands® Award for his incredible penalty kick save during Leg 1 of Canadian Premier League Finals vs Forge FC. Being recognized in the CPL’s first season and showcasing your skills will surely motivate the future players watching and aspiring to be like you. We know your future and that of the CPL’s is bright.”
TEAM OF THE YEAR 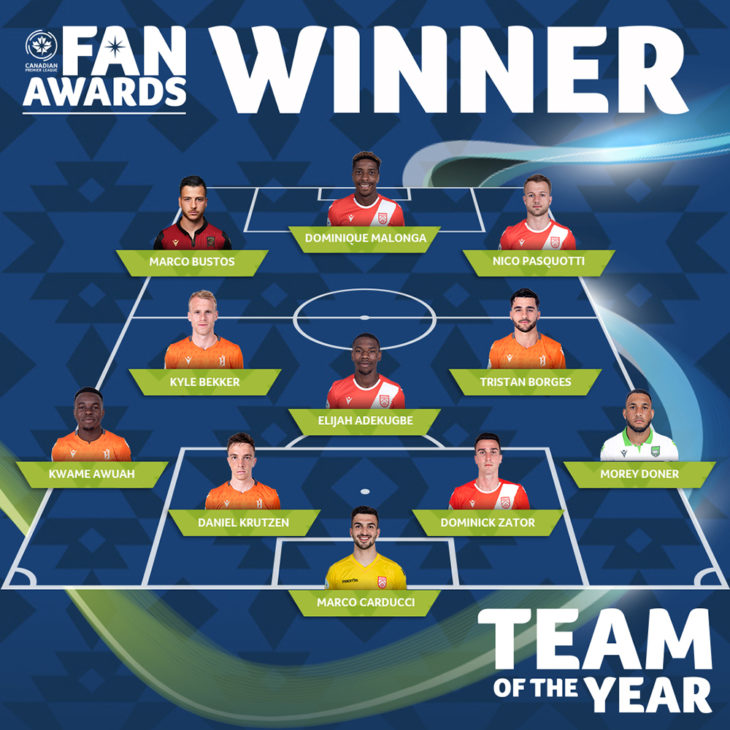